Earlier this month, we reported that Apple’s second generation iPad will begin shipping somewhere around the end of February 2011. And now multiple sources close to Apple’s component suppliers have suggested that the upcoming tablet will feature not one but two cameras: one on the front and other on the back. Largan and Genius have been detailed as the suppliers who have received orders from Apple. The claim seems to be fairly valid as Genius is also the current supplier of the iPhone 4’s camera.

In other iPad 2 related news, a Chinese manufacturer which goes by the name of Shenzhen MacTop Electronics also fuelled speculations by offering a case for the second-generation iPad. The product itself is called the “Crystal Case for iPad 2nd Generation” and the case design and contours fits in with the rumored dimensions but it does have an unusually large speaker opening on the back. 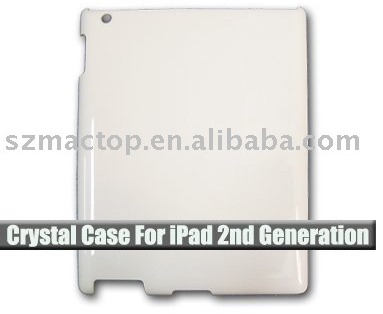 Initially this was thought to be an effort to gain publicity, since they offered a case for a product who’s existence is yet to be confirmed by Apple, but there have been more images from companies showing similar design cut-outs for the iPad 2 making it more likely. Another set of images posted on Kodawarisan showed case for the iPad 2, with the description of the image mentioning not only a cut-out  for a FaceTime camera but also an SD card slot. It is unknown whether this is correct since the current iPad lacks an SD card slot, but since Apple do offer a $29 kit which allows users to move photos to their iPads via SD card or USB so it may be integrated in the iPad 2. 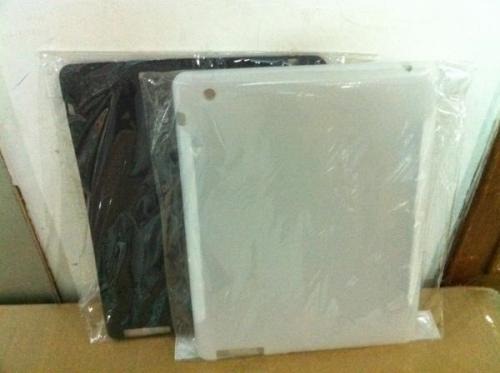 Check out the video of some more cases below:

Other likely but unconfirmed details suggest the new model will be slimmer, lighter and have a better resolution display. The rumor mill is in full flow so expect to hear more iPad related news very soon. [via Yahoo]