iPad 2 to Come Out with Carbon Fiber Body?

This is a plain rumor since that’s what Gruber, the source, called it himself. Gruber, known best for authentic Apple reports and leaks has quietly slipped a rumor in a footnote of an Engadget bashing post. Gruber wrote the post to point out that there weren’t any eleventh hour changes like Engadget reported, in fact, the original reporting by Engadget was clearly wrong since nothing has changed in iPad 2 since January. 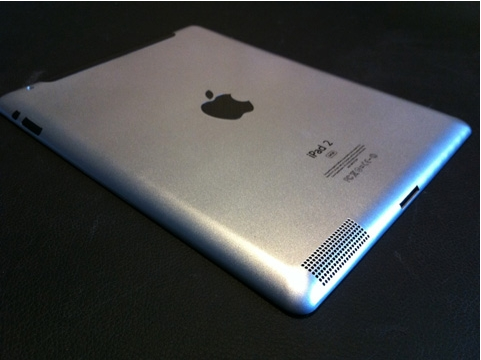 More interesting than the bashing was the footnote that Gruber quietly placed there for us. Perhaps, a safer way to report rumors he’s only half-sure about it so no one may bash him back?

Excerpt from the footnote can be read below

I could publish things I’m only half-sure about, like the iPad 2 switching from aluminum to a lightweight high-strength carbon fiber body, but I don’t, because I’m only half-sure and I’ve only heard about it from second-hand sources who themselves are unsure about it. And even if I were to off-handedly mention such speculation, I’d do so in a footnote and take pains to emphasize the uncertain nature of the information and the second-hand status of the sources thereof. What I would never do is take a flyer and report uncertain speculation as a fact, and, if it wound up not panning out, chalk it up to Apple having changed things at the last moment rather than the report being flat-out wrong all along

Based on the report, Apple’s second generation iPad is expected to come out with carbon fiber body instead of the usual aluminum. Using carbon fiber over aluminum may have a few advantages such as more resistance to water, however, carbon fiber may not resist temperature as much and may easily chip in situations where aluminum may only bend.

Since the second generation iPad is really thin and is supposed to be light-weight, Apple may actually choose carbon fiber over aluminum since it’s more effective in strength to weight ratio.