If you still find yourself stuck in the middle of the ‘iOS or Android’ debate then the work that’s being going on behind closed doors at Columbia University could be of interest. For a long time, one of the major factors that ultimately turned a lot of on the fence users to iOS was the quality and diversity of the native apps that are available for download via Apple’s App Store infrastructure. Thanks to the work of six Columbia University students and the introduction of their Cider software that could no longer be a problem.

The newly created Cider software is the outcome of an internal research project at the university and essentially bridges the ever-increasing gap between the world’s two largest mobile platforms. By building Cider to run an intricate combination of domestic and foreign binaries the team has been able to fool the chosen iOS apps into thinking that they are actually being installed and executed on one of Apple’s official devices, such as the iPhone or iPad. A lot of the intelligent trickery under-the-hood is achieved by copying required libraries and frameworks at compile time and making them accessible to the apps. 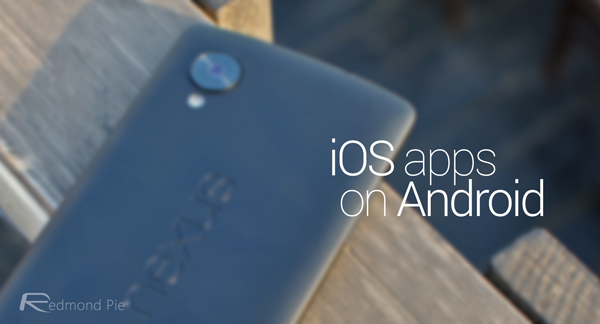 The current version of the Cider software is impressive, but offers a less than ideal level of performance. The native iOS apps are side loaded alongside existing Android offerings from the Play Store to make them run. However, when actually invoked and run on the Android powered hardware the performance of the iOS apps are noticeably lethargic and slow to react to user input. A lot of the negative performance has been assigned to the fact that the software currently executes its functionality with an incomplete implementation of OpenGL ES. Hopefully this will improve as additional work is put into the project. 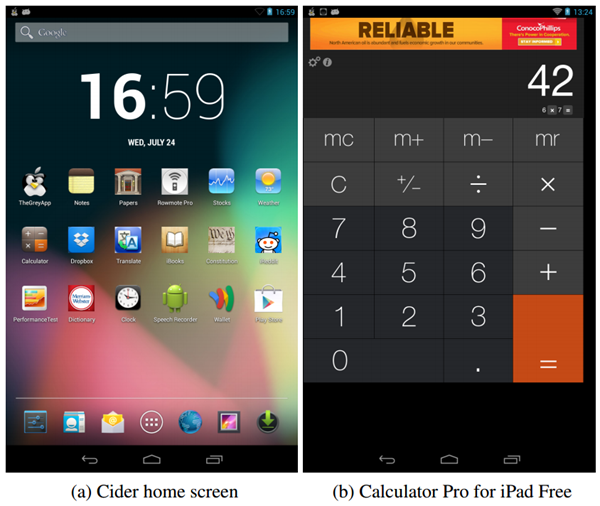 As you can imagine, Cider is still very much in the proof of concept stage and intended to show the early stage possibilities of what can be achieved when using an OS compatibility layer to execute foreign software. 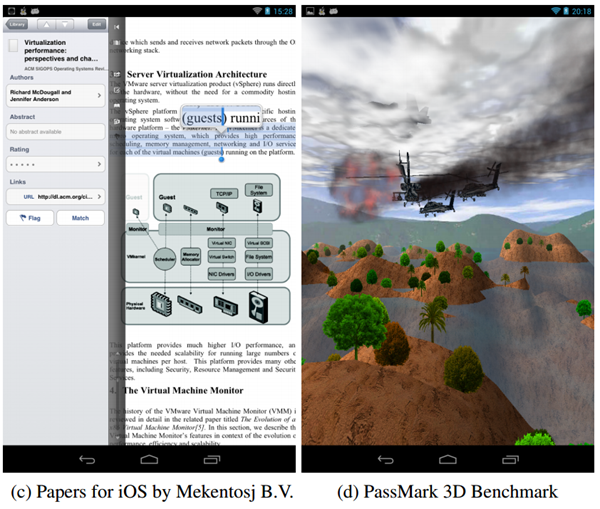 One of the current drawbacks, and a fairly large one at that, is that Cider currently provides no access to hardware features of the device such as GPS, the camera or internal sensors such as accelerometer or gyroscope. Still, what has been achieved so far is an impressive act of software development.

If this is the type of innovation that floats your boat then you can read more about the project here.