The latest iOS 9.3.3 beta seed is carrying build number 13G21 and is currently available to those developers registered on Apple Developer Program. 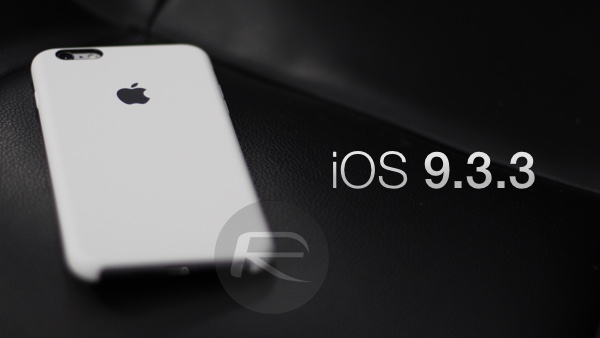 Since we are now only a week away from Apple’s WWDC 2016, iOS 9.3.3 expectedly features minor under-the-hood improvements and bug fixes, with all major features being held back for iOS 10, which itself is expected to debut on June 13th at the opening keynote of WWDC.

With two betas already out for a minor release, Apple will likely release final version of iOS 9.3.3 to public soon, probably before or around its big WWDC event.

If you are a registered member of Apple Developer Program, you can head to developer.apple.com right now to download the iTunes-restorable IPSW file for your iOS device. If you are already running a previous beta version of iOS, or iOS 9.3.3 beta 1, you can simply head to Settings > General > Software Update on your iPhone, iPad or iPod touch right now and download the OTA (over-the-air) update directly from there.

As mentioned earlier, iOS 9.3.3 beta 2 for supported iPhone, iPad and iPod touch devices is currently available to registered developers only with a public beta build likely to be release shortly. We will update the post with info on public beta 2 of iOS 9.3.3 whenever Apple makes it available to testers. Stay tuned.