The latest discovery in iOS 9.3 points to a feature that will enable IT administrators in companies to have greater control over the iPhones and iPads that the company lend to its employees for work.

The Home Screen Layout Payload is designated by specifying com.apple.homescreenlayout as the PayloadType value. It can contain only one payload, which must be supervised. It is supported on the User Channel.

This payload defines a layout of apps, folders, and web clips for the Home screen. It is supported on iOS 9.3 and later. 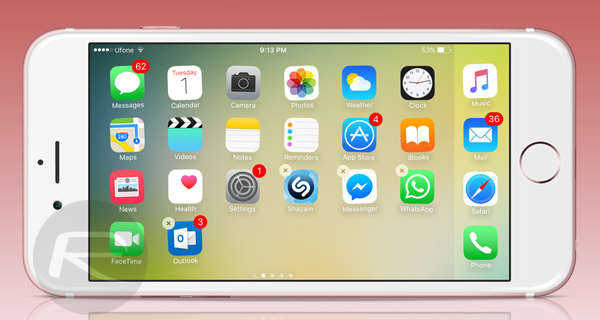 It also appears that the control that an employer can now exercise over iOS devices issued to its employees is not just limited to how apps appear on their Home screens, but also with the added ability to hide stock system apps made by Apple should they wish.

And that’s not it, iOS 9.3 enables the employer to blacklist or whitelist specific third-party apps as well, coupled with the ability to even block them from being installed on the company-issued iPhone or iPad. Companies will also be able to enforce and control the notifications setting on the devices to make sure notifications from specific apps comes through no matter what, thus exercising complete control over what employees can and cannot do with their work phones and tablets.

In order to force these restrictions on the devices, the employer will require OS X Server, Profile Manager, and supervision configured on the iPhone or iPad running iOS 9.3 or later.

As you might already know, iOS 9.3 is currently in beta stages. Earlier today, Apple released fifth beta seed of iOS 9.3 to both developers and public beta testers. Apple is expected to release final version of iOS 9.3 to consumers at its rumored spring media event which is expected on 21st of this month where the company will also announce 4-inch iPhone SE and 9.7-inch iPad Pro.