So, just what does iOS 9.0.1 offer to all of those opting to download it? First and foremost, the release introduces a fix for a bug that a large amount of users had been experiencing with the iOS setup assistant after upgrading to iOS 9. The aforementioned bug causes a fair bit of frustration by getting users stuck in a position where they could never actually successfully complete the setup process, instead getting stuck on a “Slide to Upgrade” screen. Apple’s interim fix for this issue was to restore via iTunes from a backup. 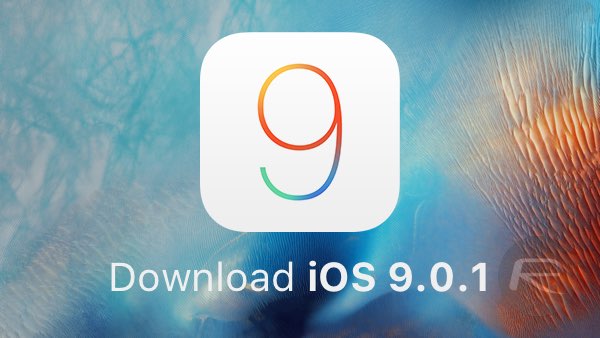 iOS 9.0.1 also brings with it a number of other bug fixes for issues that have been reported to Apple. An issue whereby alarms and timers could fail to execute has been addressed and resolved. There’s also a visual fix for Mobile Safari and the Photos app that addresses an issue that users were experiencing when pausing a video. Pausing a playing video would occasionally appear to show the paused frame as being distorted. This has now been rectified.

The final issue that’s been addressed as part of the official change log that accompanies the iOS 9.0.1 update pertains to a custom VPN setup. Specific users who were opting to use a custom VPN setup via a profile were experiencing issues with the loss of mobile data. The latest version of iOS addresses and fixes that issue for all of those who had been experiencing it.

As always, the latest version of iOS is available as an over-the-air download via the Software Update mechanism in the native Settings app (Settings -> General -> Software Update). 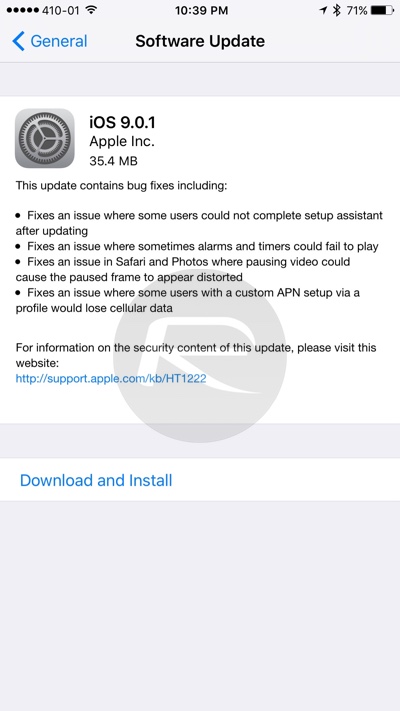 Alternatively, if you want to clean install, you can do so using iTunes and the firmware file tailored for your iOS device, which you can grab from here.