Since Apple’s launch of iOS 9 to the public back on September 16th, the software has been receiving rave reviews from almost everyone that has come into contact with it. If you were already a fan of iOS, then iOS 9 is likely to have cemented that position, but like most software these days, it isn’t without its flaws.

One of those flaws is starting to come to light after a 200-comment long support thread was spotted over on Apple’s own forums, with the issue appearing to be related to iOS 9’s Mail app and how it handles POP email accounts. 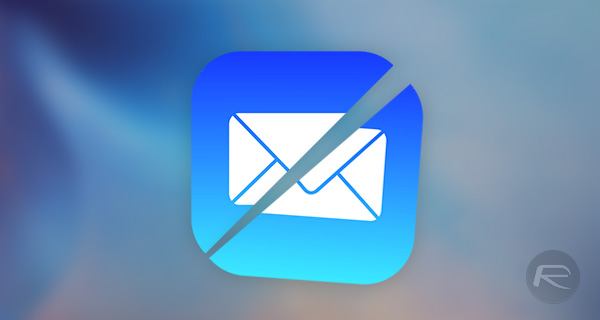 According to the forum thread, many users are finding that they cannot view emails or download attachments from certain POP email accounts when using the stock Apple Mail app. Those who attempt to view an attachment receive an error such as “Message not yet downloaded from server” and are left in the lurch. One fix is to use a third-party email client to read the emails and open the attachments in question, but that’s not really a fix we expect Apple to be widely circulating.

Apple does, however, appear to have told at least one affectee that the issue stems from accounts that are configured to remove a copy of emails saved on the server, though leaving them on the server isn’t really an option for those who use more than one device to check and read their POP email.

If Apple has confirmed that the issue is related to how Mail is configured, it hasn’t done anything to change that behavior in recent iOS 9.0.1 and 9.0.2 updates, which may suggest that it’s a feature rather than a bug. Whatever you call it, though, it won’t help those who can’t open their attachments when they need them. There are a plethora of excellent third-party email clients out there, but being forced to use one in this case isn’t a great customer experience.

Whether Apple will fix the issue at all, though, remains to be seen.