The world’s largest social network Facebook has confirmed that a new feature called “Reactions” is officially being put through test in order to see how users interact with it. Users of Facebook have long wanted a “Dislike” button to be made available on the social network. After all, it seems a little unfair that you can “Like” a post, status update, photo, or comment, but you have no real way of showing dissatisfaction. Rather than integrating a “Dislike” button, Mark Zuckerberg has opted for a more dynamic feature that provides additional options to the end-user.

The “Like” functionality within Facebook is extremely popular, and more than likely one of the most interacted with features embedded throughout the network’s whole social experience. However, it seems that Facebook founder and CEO Mark Zuckerberg wants to try and take things to the next level by introducing a whole array of animated emoji that fall under a new “Reactions” feature. This should hopefully afford users with the ability to express genuine emotions against a specific topic or post on Facebook. 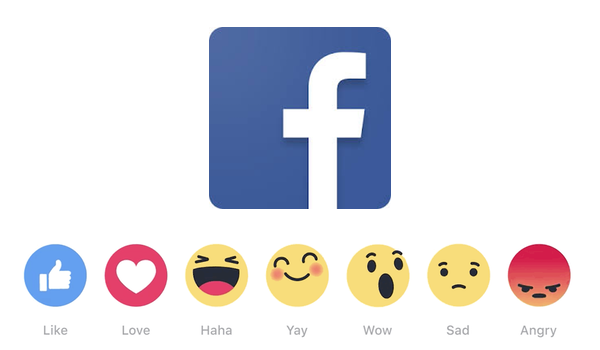 The testing process hasn’t yet been rolled out worldwide, and is currently limited to Facebook users in Ireland and Spain. If it’s now part of your Facebook experience, then you’ll likely have started to see a a new bar containing animated reaction emojis after providing a long press on the “Like” button through the company’s website or mobile apps for various platforms. An animated “Like”, “Love”, “Haha”, “Yay”, “Wow”, “Sad”, or “Angry” emoji can then be selected to convey your feelings to the individual who’s topic you’re commenting on.

There was a murmuring that Facebook actually intended to rollout an official “Dislike” button as part of the social experience. However, it seems that those plans have long since been put to bed in favour of exploring additional more interactive options that provide a genuine expression of emotion. If the testing within the initial territories goes to plan, then it’s highly likely that the social network will flip the switch and roll out the “Reactions” feature to its billion or so active users in the coming weeks and months. If you’re in Ireland or Spain, and haven’t yet discovered the feature, get that app open now and press down on the Like button.