Users of iOS 9 will be able to instruct their iPhones and iPads to update themselves while they sleep, meaning there will be no more twiddling of thumbs while they wait for their devices to become usable again.

Apple outed the next version of the iPhone and iPad’s software, iOS 9, during its WWDC opening keynote. Subsequently, beta builds of the software have been released to developers as well as those that are part of the public beta program. With Apple expected to release iOS 9 alongside new iPhones in September, testing is set to draw to a close fairly soon. 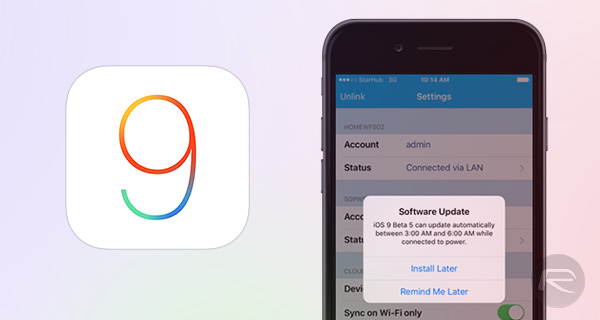 When Apple showed iOS 9 off, it highlighted some of its new features, giving us all a glimpse at what our iPhones and iPads will be capable of in a few short weeks. While headline features such as improved multitasking and a new battery saving mode got most attention, one feature has quietly crept into the software that has received no fanfare yet could actually be one of the most important.

The new feature in question is one that allows iPhones and iPads to perform updates to their system software while users are asleep, meaning they won’t need to wait for the often-lengthy process to complete during the day when they should be using their devices, not sat waiting for them. As the screenshot shows, iOS 9 will prompt users at an earlier time to let it install updates overnight (in this case, between 3:00 AM and 6:00 AM) with the user then prompted to enter their PIN and read through the relevant license agreement before drifting off to sleep. Later, the iPhone or iPad will quietly do its thing, with a newly updated device waiting for the user once they wake. Anyone who has sat and waited for an iPhone to restart multiple times before they can make a call or reply to a message will immediately appreciate this feature, that’s for sure. 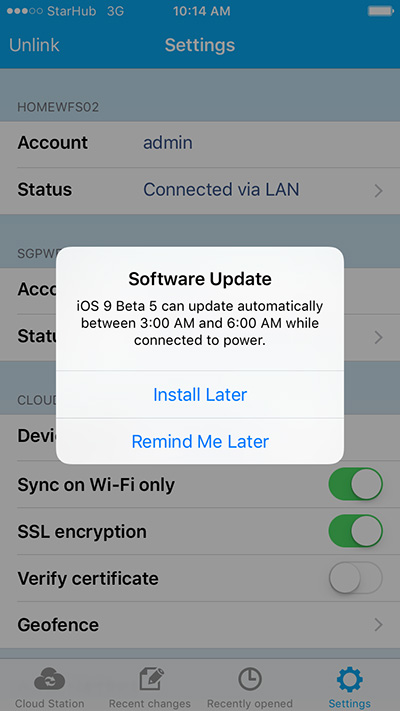 Apple’s iOS devices already perform backups to iCloud during the night, and Macs perform housecleaning and backups to Time Machine tasks while we sleep as well. The progression to allowing iOS devices to update themselves in the same manner is a natural one, and we look forward to seeing what else iOS 9 has under its sleeve come September.

(Thanks for the tip, @AlwynIsPat)