Download of iOS 8.3 beta 4 for iPhone, iPad and iPod touch devices is now available. Apple has also seeded the second public beta of the iOS 8.3 to users enrolled in the Beta Seed Program as well. More details can be found right after the break.

Today’s release carries the build number 12F5061, and is around 113MB in size. You can grab it through the iOS Dev Center, or as an OTA update on your device by navigating through Settings > General > Software Update, and given its relatively large size, we’d expect there to be a decent amount of new features and improvements. 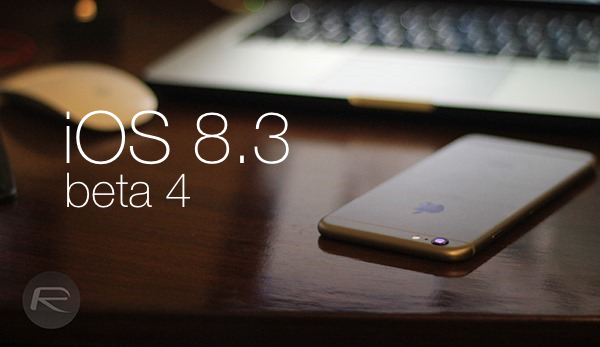 We already know that iOS 8.3 will offer quite a bit to iPhone, iPad and iPod touch users when it rolls out, including an all-new emoji system that permits users to adjust the skin tones of human emoji characters. Moreover, Google two-factor verification will tighten things up for users of the Big G’s array of services, while a portion of the Chinese market will finally be able to use the ever-emerging Apple Pay.

Elsewhere, CarPlay will also be treated to wireless support, and with new details and tidbits emerging all the time, there could be quite a lot more where that came from once iOS 8.3 is deemed ready for prime time. 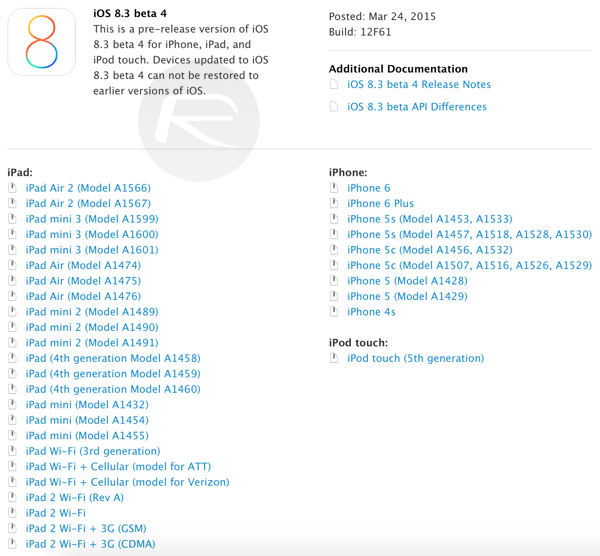 In addition to iOS 8.3 beta 4, Apple has also pushed Xcode 6.3 beta 4, and if you’re keen to see what’s new with either, both are now available to download.

Precisely what the fourth beta of iOS 8.3 contains besides the “bug fixes and improvements” mentioned in the changelog is anybody’s guess, but having downloaded and installed beta 4 on one of our devices, we have noticed that iCloud Photo Library has lost its beta tag once again. Should we stumble across anything noteworthy apart from this, we’ll have it covered here, and as ever, if you find a feature or bug that you feel is worth discussing, be sure to drop us a comment via the usual mediums.