Yesterday, Apple unleashed iOS 8.3 beta 2 to developers, and with it, we got further insight into plans to expand the range of emoji. One thing that most software updates seek improve is speed and general performance on the older supported devices, which, in this case, would be the iPhone 4s and iPhone 5. With this in mind, tests have been carried out on both handsets pitting the new beta against the latest public release that is iOS 8.1.3 download, and it does seem like iOS 8.3 will offer a generous improvement, particularly to those rocking older Apple mobile devices.

YouTuber kabriolett took an iPhone 4s running iOS 8.1.3, comparing it side-by-side with iOS 8.3 beta 2, and as you can see, everything appears more responsive and smooth on the latest beta. Given that this is only the second beta – we could see a handful more before iOS 8.3 is deemed ready for prime time – and it all equates to a more enjoyable iPhone 4s-using experience. 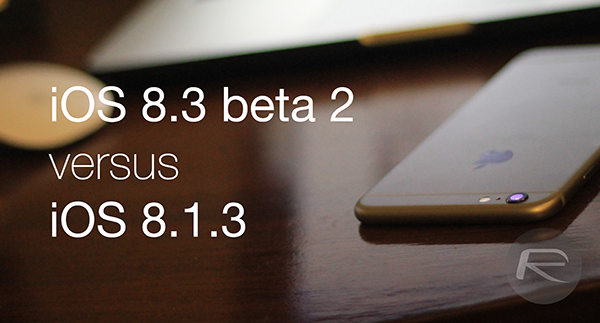 The iPhone 5, as per kabriolett’s testing, seems slightly faster on iOS 8.3 beta 2, although the bump isn’t as noticeable than with the iPhone 4s. Then again, it is newer, bundled with a better processor, and still boasts a generally smooth overall performance on iOS 8.

Just when iOS 8.3 will be rolled out to the public is a matter of pure speculation at present. iOS 8.2 is itself still in beta, having racked up five pre-release builds so far, and according to reports, there will not be any more as Apple looks to release that piece of software next month. iOS 8.2, while being essential for Apple Watch, doesn’t seem to offer as much as iOS 8.3 in terms of features, so if you’re not in the market for the Cupertino company’s wearable just yet, you’ll want to be keeping an eye out for iOS 8.3’s arrival.

Even if you’re not in ownership of the iPhone 4s or iPhone 5, there are many other features to behold aside from the diversified, customizable emoji, including Apple Pay upport in China, wireless CarPlay, and a bunch of other treats that you’ll find more details of here.

Here are the videos, which showcase those aforementioned speed improvements, and as always, do leave your comments with us below!