For all of the great strengths associated with the Apple iPhone – from the seamless operating system to the regularly solid camera – the Cupertino’s most prized asset does have its fair share of faults. The battery, for one, is regularly highlighted as a weakness, and of all the features that users would like to see greatly improved, the battery retention tends to be right up there. Although we expect the next batch of iOS devices to offer larger battery capacity from a hardware standpoint, software optimization also plays a pivotal role, and as per new findings from one iOS 8 beta user, Apple will be introducing a multitude of new features to help users conserve those precious droplets of juice.

Hamza Sood has been diligently dissecting the new iOS 8 beta 1 firmware, and has reported a bunch of very intriguing findings. Following on from yesterday’s revelation of alternative UI features, Sood has also discovered that iOS 8 may offer specific details on where battery is used, and in turn, how a user would go about saving battery life. 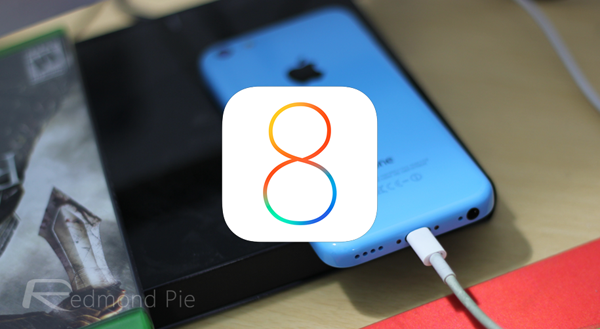 Having looked into some of iOS 8’s less obvious features back last week, we noted of how the forthcoming software will allow users to see precisely which apps are commanding excessive amounts of battery power, and from there, a user can decide whether or not to close or even perhaps remove said app from their repertoire. But according to Sood’s findings, the analytics go way deeper than that, offering info on specific times of day where battery power is in higher demand, and also outlining where specific features – like Bluetooth and AirPlay – are eking away those milliamp hours. 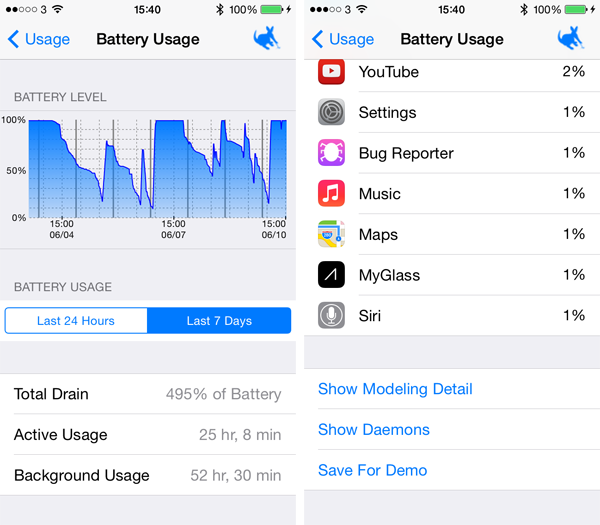 Again, given how these features are hidden deep within the firmware, there’s no telling when or if they’ll be deemed ready for prime time, but unlike some of Sood’s other findings, rolling this one out to the public seems like a no-brainer from Apple’s point of view. 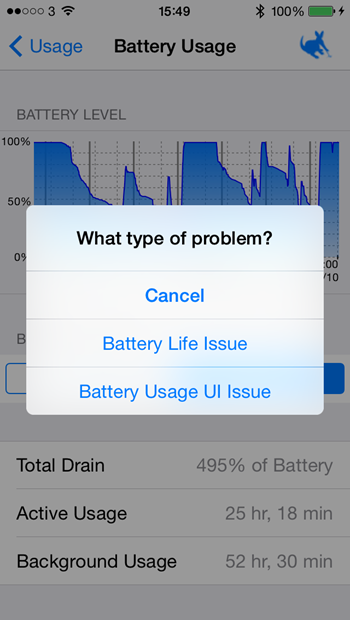 As Android users will affirm, these kinds of features are commonplace on Google-based handsets thanks to an abundance of third-party battery management apps at the Play Store, but given how iOS’s closed-off nature doesn’t allow access to this kind of information, users would surely welcome such a feature as a native implementation.

What do you make of all this – should Apple roll this feature out as standard?