Shortly after bringing iOS 7 to the iPhone, iPad and iPod touch, Apple followed it up with security update labeled as iOS 7.0.2 to amend certain early issues that had arisen. At this stage, iOS 7 is still far from the finished article, and as such, it’s no surprise that new problems are being discovered on a frequent basis. The iOS 7 iMessage bug has affected quite a few, with the sending and receiving of messages having been severely disrupted for many of those upgrading to Apple’s latest mobile firmware, and hence, it’s no surprise to see Apple dropping iOS 7.0.3 today to fix it.

Although the end user release of iOS 7 hasn’t been without incident – some users have been complaining of nausea and vertigo due to the new animations, after all – the scale of every little bug hitherto seems to have been kept down to a minimum. After iOS 6 and the Maps scandal, Apple’s decision to overhaul the entire operating system, at least from a visual point of view, has to be seen as a fairly ballsy one, and although quite a few consumers and commentators kicked up a fuss post-WWDC, the consensus now seems to be that the latest and greatest is exactly that. 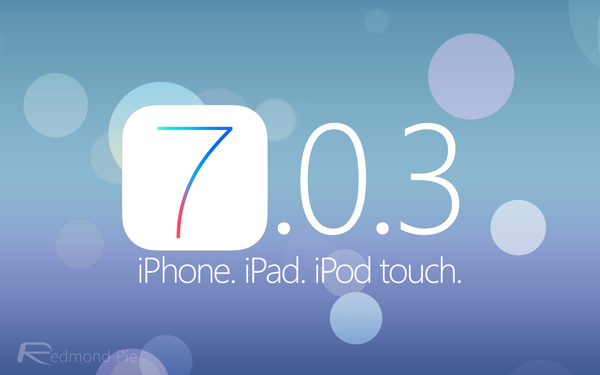 iOS 7.0.3, which carries the build number 11B511, is available to all iOS devices capable of running iOS 7, including the just announced iPad Air and Retinal iPad mini 2. So the iPhone 4 onwards, iPad 2 and up, and the iPod touch fifth-generation are all supported.

We don’t yet know how the new release affects the jailbreak potential, so you may wish to hold off briefly as we await the official word of a jailbreak guru. MuscleNerd stepped out and confirmed that iOS 7.0.2 was safe to update to for those hoping to jailbreak in future, and we strongly suspect this to be the case once again. Nevertheless, if you’re the kind of person looking to jailbreak your device in the future, you should never proceed with any update until it has been declared safe to do so. 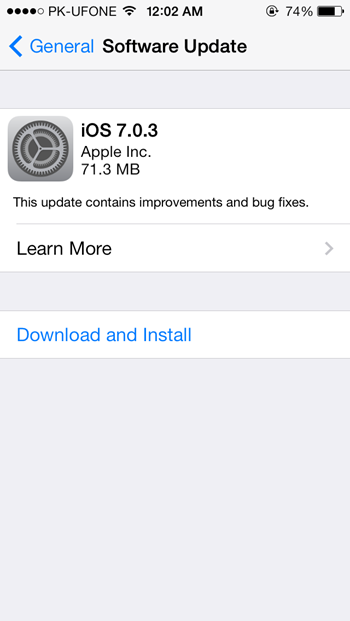 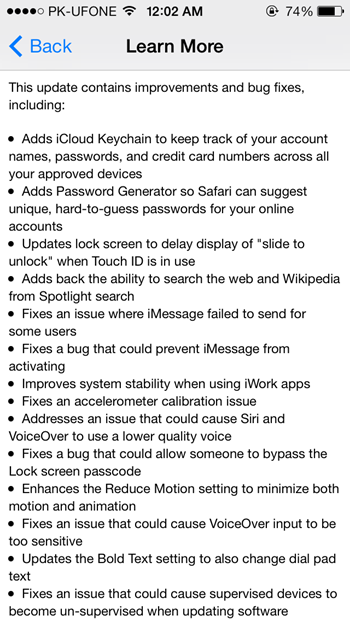