Updating To iOS 7.0.2 Will NOT Hinder Your Chances Of Future Jailbreak

With Apple having released iOS 7.0.2 to all iOS 7-compatible iPads, iPhones and the iPod touch 5th-gen, many of you have been in contact with us asking whether updating your device would hinder any chances of a future jailbreak.

Since the various developers behind the jailbreaks have yet to show their hands, it was always going to be unlikely that a new firmware release would hinder their progress, and thankfully, MuscleNerd of team Evad3rs has stepped out and confirmed that those iOS 7 users looking to update can indeed do so without worry. 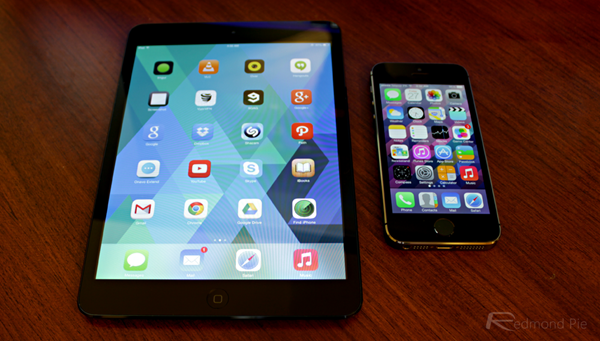 Via Twitter, MuscleNerd did make note of the rather excessive amount of detail made by Apple in the update notice, but also confirmed that since nothing about iOS 7.0.2 suggests Apple has tried to implement any anti-jailbreak measures, that it is safe for all existing iOS 7 users to update without any kind of risk to a future jailbreak.

Of course, if you are still on iOS 6.x and are enjoying your jailbreak, you should stay there, as there is currently no ETA whatsoever on arrival of iOS 7.x jailbreak.

It often takes some months of searching for security holes and extensive testing before a jailbreak is ready for prime time, and with the Evad3rs team having delivered the goods previously with the iOS 6 Evasi0n jailbreak, Cydia fans far and wide will be hoping for more of the same now that the new-look iOS 7 has finally hit the end user.

Although, for a change, it would appear that Apple has implemented some new features and made changes based upon popular jailbreak tweaks (Control Center is somewhat derivative of SBSettings), the jailbreak scene will always continue to thrive so long as iOS remains a closed-source entity. The ability to tweak and alter the general experience beyond the mere installation of apps has become something of an institution to many iPhone, iPad and iPod touch users over the years, and although a jailbreak used to be rather easy for the hackers to achieve, Apple has gone to great lengths to ensure the process is as tricky as possible. As such, we should not see a jailbreak as a divine right, but as something we can potentially look forward to. The hackers and modders work very hard in trying to find the exploits, and with a one hundred percent record for jailbreaking each major version of iOS untethered, we’ve high hopes once again.

We’ll keep you posted on any interesting jailbreak-related news, so stay tuned!