Released a couple of days before the iPhone 5, iOS 6 has seen its fair share of criticism from technology enthusiasts but the way general consumers have upgraded to it so quickly to it is a shining example for the Android camp where users have to wait months for their smartphone manufacturer to be updated to the latest version of Android.

Now, as with any major software that is used by millions of people, there are bound to be bugs discovered that weren’t caught while the operating system was in alpha or beta testing. These bugs will be fixed in a minor update to iOS 6 in the form of iOS 6.0.1 in the “coming weeks”. Head past the jump for all the details.

News of iOS 6.0.1 comes from the folks over at BGR who cite “one of their Apple sources” who claims that Apple has started testing the minor iOS 6 update across multiple wireless carriers in the US. The source has also given a tentative changelog of iOS 6.0.1.

As is the case with minor updates like this, there no new “features” to speak of. Just bug-fixes and performance improvements.

BGR goes on to mention that iOS 6.1 – the next major update to iOS 6 – is now being tested within Apple. What this means is that the updated OS will likely not be available in time for the media event tomorrow, which in turn means that the iPad Mini will be running the same iOS 6 as its brethren. 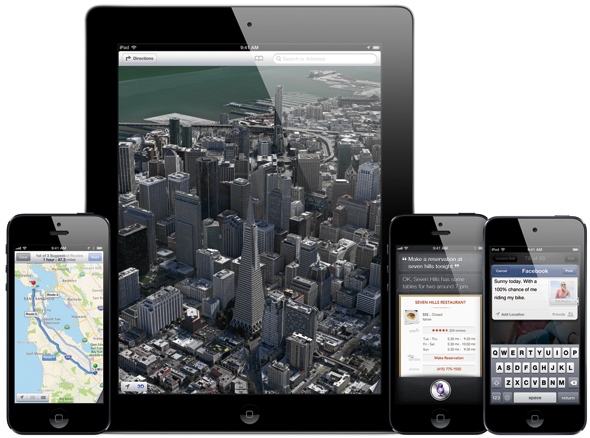 There is still a non-negligible minority of people who are currently using iOS 5 because, mostly, a. there is an untethered jailbreak for it, and somewhat because b. it natively runs Google Maps.

We’ll be closely following the Apple event which is set to kick off tomorrow morning. Apple is widely expected to announce the iPad Mini along with 13-inch MacBook Pro with Retina display, updated Mac mini and iMac. We’re as excited about the new gadgets as you are, so stay tuned to Redmond Pie as we will be covering the proceedings of the event as it happens!