If ever confirmation was needed that iOS 6 will be showcased at this year’s WWDC event – set to kick off on Monday – then one Instagram member has removed any lingering doubt. Brought to our attention by 9to5Mac, Zac Altman, member of the popular social image-sharing app recently acquired by Facebook, has upped a photo showing a new banner being readied over at the Moscone West convention center, confirming beyond dispute that the sixth iteration of Apple’s mobile operating system will be a huge significant talking point from Monday.

The tech world does a pretty stellar job of casting assumptions, and as such, has already forecast that Tim Cook’s company would unveil iOS 6, but the banner outside the event’s venue as good as sets it in stone. Hitherto, the predictably tight-lipped company hasn’t gone much farther than to state it would discuss "the future of iOS", but with just three days to go, the worst kept secret in Silicon Valley is well and truly out. 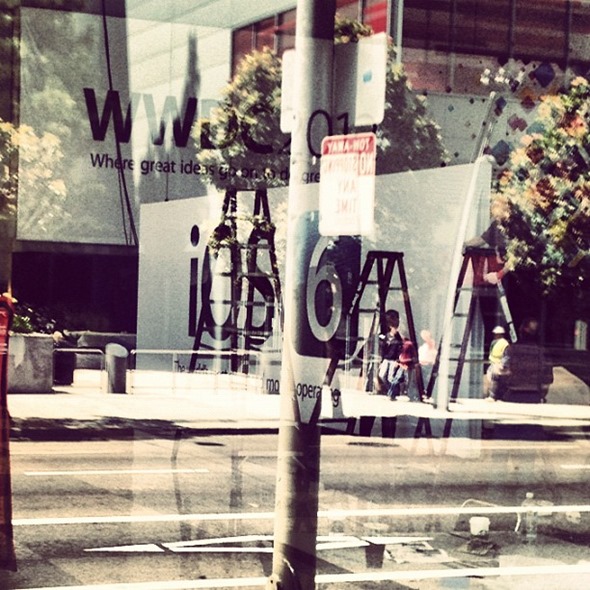 When it comes to Apple rumors, we really have to take whatever we can get, and as such, we suspect the silver theme of the banner is indicative of the hotly-rumored theme set to replace the blueness of many stock iOS apps. There is, of course, the possibility Apple is simply playing into the tech community’s hands, but that would seem a little elaborate given how little the colors scheme matters in the grand scale of features predicted.

Apple’s very own Maps effort is expected to debut as the talisman to a plethora of other new implementations including deep Facebook integration, Baidu Search to replace Google’s offering in China, and a Siri API, which will allow developers to finally intertwine their apps with Apple’s new-ish voice-recognition feature. 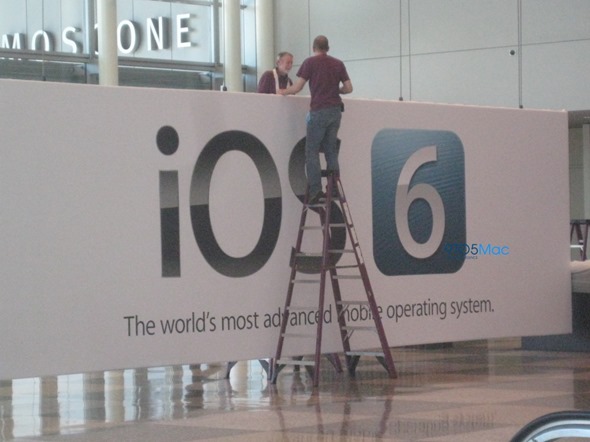 Speaking of Siri, the iPad is also set to see Siri implementation, and although many have dispelled Siri for iPad as an unnecessary, novelty feature, it’s nevertheless good to see Apple sharing the love beyond the exclusivity of the iPhone 4S.

Other features of iOS 6 remain largely unknown, but one thing is certain beyond a shadow of doubt – we’ll have it all covered here at Redmond Pie as and when it breaks, so stay tuned to our coverage!