Facebook App Center: A Smart Move Or Just An Online Index Of Apps?

For all of Facebook’s great work on conquering the web, Mark Zuckerberg’s company has struggled spectacularly to make any sort of impact in the mobile sphere. With 900 million users and counting – many of which regularly check status updates and news feeds from their mobile device – the recently-inducted stock market outfit simply has not monetized he smartphone and tablet market.

Losing out in terms of ad revenue when Facebookers log in via mobile only tells half the story, for the apps themselves have been incredibly poor. I have used Facebook on a number of devices and ecosystems, and I have to say I’ve yet to be taken aback by any of them. 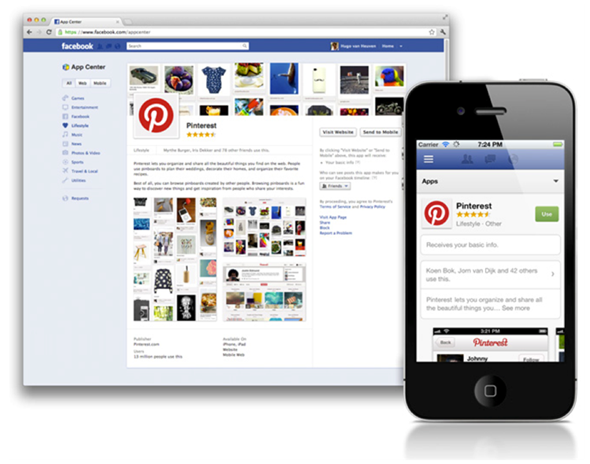 Playing to its web strengths in order to conquer its mobile demons, Facebook has just launched its App Center, featuring over 600 apps from the get-go. The world’s most frequented social network is already a popular choice for web-based apps, and by bringing iOS and Android support for its brand new store, it could be – providing the apps manage to hold their own – the springboard needed for Facebook to finally add some shtick to it’s flimsy mobile catalog.

My main issue with a Facebook-based App Center is that, bringing popular apps such as Draw Something to the mobile infrastructure is something of a trivial pursuit. The vast majority of mobile users are rocking iOS or Android – both of which offer several hundred thousand apps which can be downloaded at any time with very little effort. Why would I then look to Facebook to offer me apps I can already get my hands on?

Sure, sure, there’s the social aspect, and if Facebook does one thing well, it’s in connecting people. But, using Draw Something as an ongoing example, I’ve had no problem linking to friends via the Facebook plugin to compare artistic impressions of popular culture, so why would I deviate from my current set up?

Don’t get me wrong, it looks like a smooth implementation, and could well surprise everybody by actually functioning like a mobile app should do. But with Google Play and the iTunes App Stores being the two default implementations at stock level, Facebook has an uphill struggle in convincing users to make the transition to it’s own service, which in many cases, serves as an index for Play/App Store titles anyway. 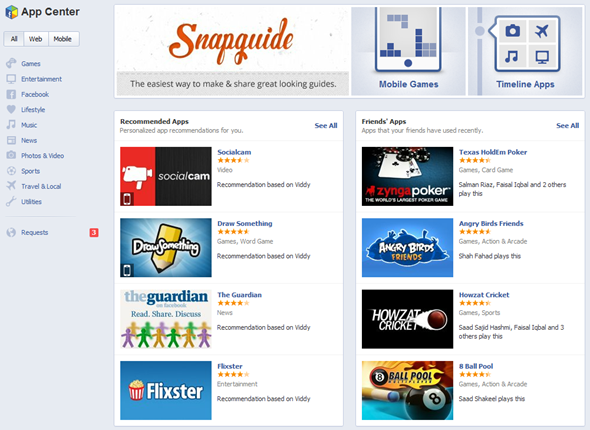 Rather than being direct competition to the current popular app stores, I believe it’s simply laying the foundations for what will eventually become a Facebook-branded phone. I’m not saying Facebook will launch its own ecosystem, but I do think Zuck and his team want to influence both hardware and software of the device(s), which have been rumored for quite a while, and by bringing an app hub for mobile and Web, consumers are being groomed for the release frame – whenever that may be.