When Apple announced iOS 6 – the next installment to its famous mobile operating system – at WWDC earlier this month, the centerpiece feature turned out to be the hotly-rumored Maps app, which, in displacing Google’s omni-present Maps offering, will include 3D aesthetics and turn-by-turn navigation.

Now, as revealed by Bloomberg, iOS 6 Maps could also feature Yelp integration – another step towards rendering iOS an online socialite’s dream. Twitter integration was introduced with iOS 5 back in October of last year, and with Mark Zuckerberg’s Facebook following suit with iOS 6, it seems Apple isn’t stopping there. 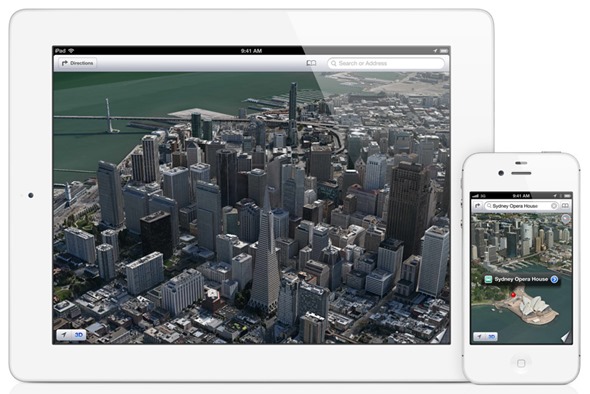 Yelp would be apart of the all-new Maps application, and for the uninitiated, Yelp is essentially a concoction of Foursquare and AroundMe, allowing users to find out about local amenities, check-in, and converse with others doing the same.

The giveaway for this particular scoop arrives courtesy of the newest Apple developer kit, released to developers around the time of the WWDC announcement. The software scrutinizers have been hard at work, and discovered Apple Maps will allow users to notify friends and associates of their whereabouts via Yelp, without the need to leave Maps or launch any separate entity.

According to the Bloomberg report, the very latest developer kit features screen caps of Apple Maps showing off Yelp check-in capabilities, and the implementation can also show how many individuals have checked-in at a specific location. From there, you can see whether any friends have checked in, and if you wish, share your location with your buddies on Twitter or Facebook. 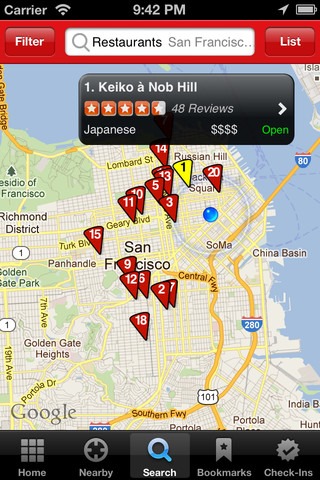 Check-ins are growing in popularity, with nearly a fifth of adult smartphone owners regularly checking in to to locations and viewing the whereabouts of others. Whilst I wouldn’t necessarily include myself in that bracket, I do have a fleeting interest in the likes of Yelp and Foursquare, and I suppose anything which increases the functionality of iOS 6 – socially or otherwise – is certainly exciting given the mostly incremental roster of new features and enhancements.

Of course, the familiarly tight-lipped Apple – along with Yelp -declined to comment, so it looks as though we’re going to have to wait for a few more beta releases in order to ascertain whether the feature will make the final version, which we expect to see – along with a new iPhone – sometime this fall.