iOS 14 Beta 4 Release Notes, Changes, New Features And Known Issues That You May Need To Know About

Here are the iOS 14 beta 4 / iPadOS 14 beta 4 release notes, changes, new features, and known issues direct from the horse’s mouth, so to speak.

If your plan is to download and install beta 4 of iOS 14 or iPadOS 14, then it’s definitely recommended to read through the release notes to make sure that you’re happy with the state of the firmware. 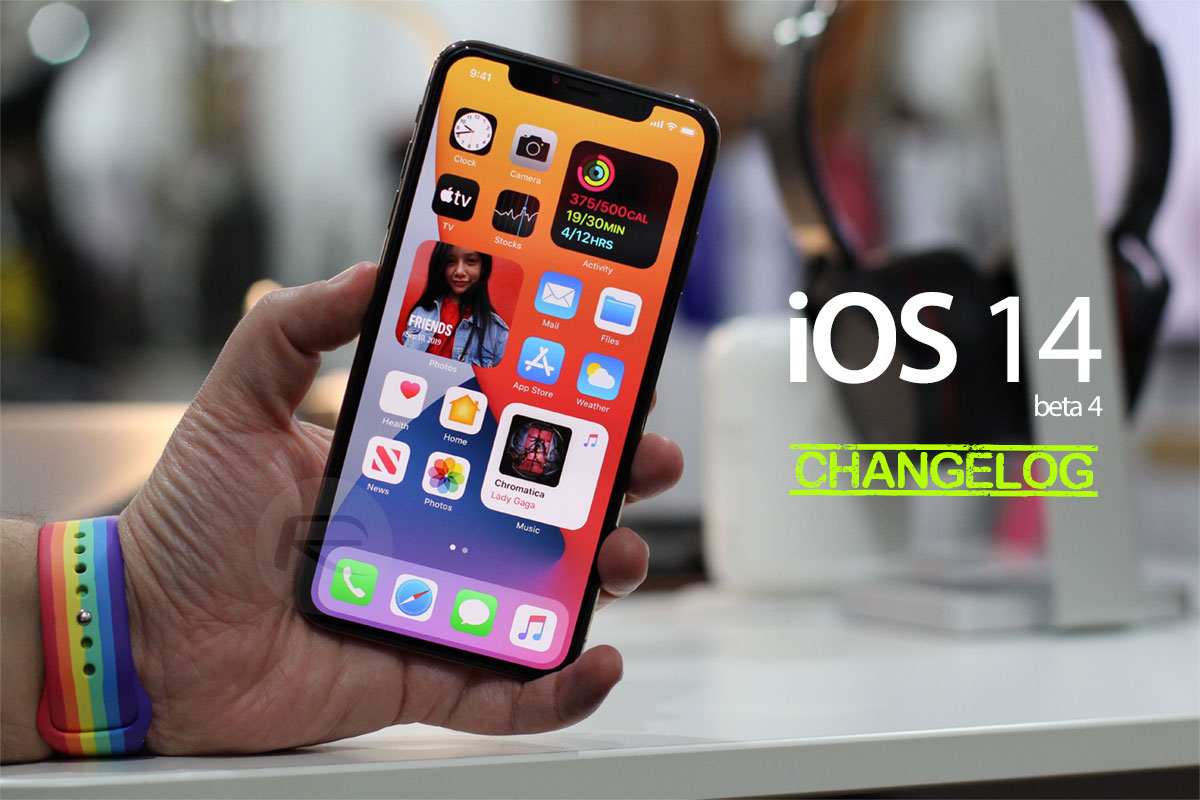 It slightly pains us to say it, but the initial excitement surrounding iOS 14 and iPadOS 14 has slightly worn off by now. The original beta 1 release was greeted with global excitement as people literally fell over themselves to get it onto their devices in order to interact with all of the new features.

Punters are still waiting for Apple’s new releases but the excitement levels have somewhat died down as we approach the seventh week of the iOS 14/iPadOS 14 release schedule.

It’s fair to say that the release has been going well thus far. Not only are iOS 14 and iPadOS 14 extremely stable already, but people are actually loving the features and improvements that Apple has made, including the improvements to apps like Messages and the huge focus on privacy and security. There is still a long road to go before a production release but the signs are definitely positive.

A lot of device owners prefer to take a dive into the unknown and live life on the dangerous side. This involves grabbing the latest IPSW file, installing it to the device, and jumping right in to find out exactly what’s new and what’s broken by actually using and interacting with the platform. Others, however, prefer to take a more cautious approach by reading through all of the known issues and changes prior to any type of installation. If you fall into the latter category, then we have you covered.

With all of that in mind, take a look at the beta 4 release notes below to see if anything immediately catches your eye or stands out as important to you. You may see a fix that you have been waiting for or cast your eyes on a known issue that would stop you in your tracks and prevent you from installing iOS 14 beta 4 or iPadOS 14 beta 4. 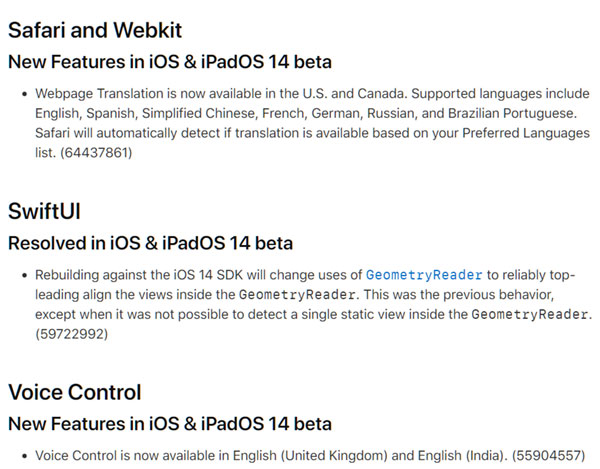