While the iPad is arguably most suited to multitasking out of all of Apple’s iOS devices, the company has continued to differentiate between iPad and iPad Pro by limiting the way multitasking works on the former.

Currently, iPads have their multitasking limited to just two apps whereas the iPad Pro can run two apps side-by-side, launch a third app and then have users interact with all three open apps simultaneously.

Running three different apps at the same time is a neat trick and one the iPad Pro has had all to itself since the iOS 11 launch last year and now it would seem that this will no longer be the case when iOS 12 ships later this year.

Now that Apple has made the first public beta release of iOS 12 available to those willing to test it out, we are starting to learn more about the release, as is often the case when more users get their hands on it. One thing that has started to become apparent is that with iOS 12 Public Beta 1 installed, normal iPad models are also able to run two apps while launching another. Prior to iOS 12, when a third app was launched, users would see one of the previous two apps become frozen in time.

While we don’t really know why iOS 11 essentially limited how multitasking could work on iPads, it’s like that it was either a technical hitch related to resources that has now been overcome or simply an attempt to differentiate between standard iPad and iPad Pro models.

No matter the reasoning, it’s good to see Apple now give the iPad feature parity with iPad Pro, at least as far as multitasking is concerned. 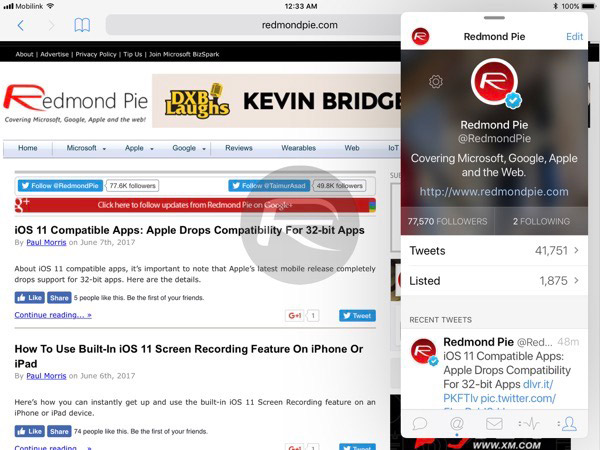