It may have come slightly later than we had expected, but we now have iOS 12 beta 2 in hand and it’s starting to be put through its paces by developers and other interest parties, all combing through the release to see what has changed this time around.

One of those is YouTube channel iAppleBytes, with the primary focus being pure speed. Just how fast is iOS 12 beta 2 when compared to the most recent, shipping version – iOS 11.4? 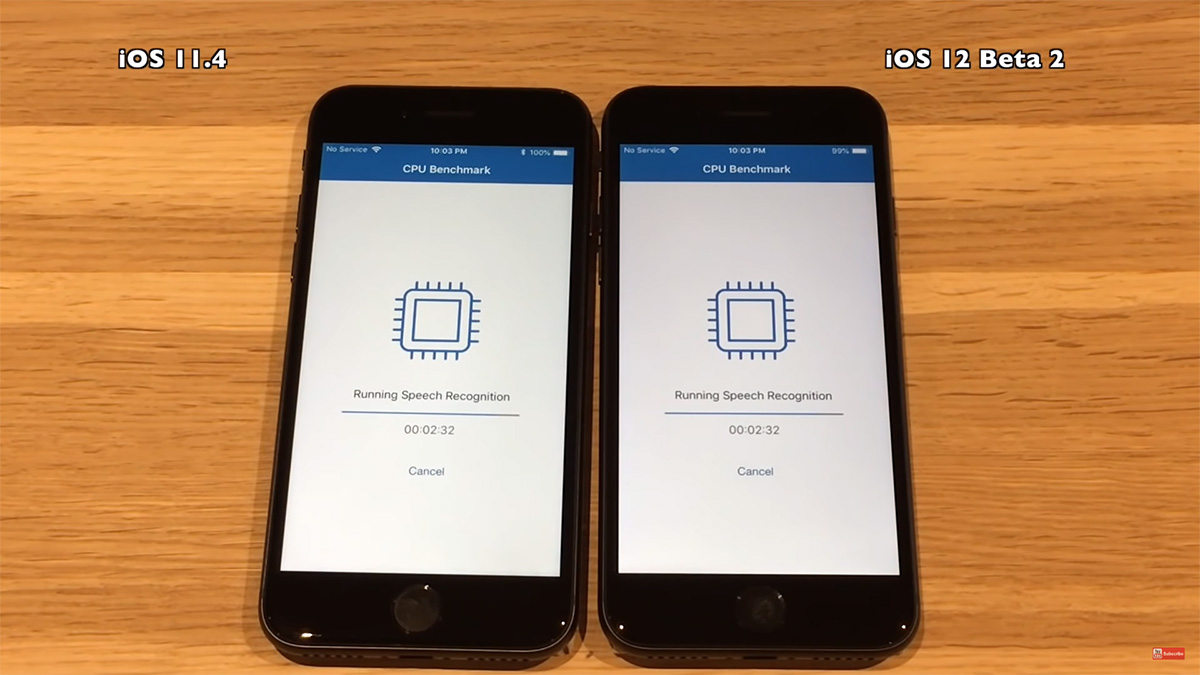 If there is one thing that iOS 12 beta 1 had going for it, it was a surprising level of polish for an initial beta release and that went all the way through to performance. Apple said during iOS 12’s announcement that it had been working to ensure the release was super fast, and that was certainly borne out in that initial beta offering.

But what about the second? The folks over at iAppleBytes put iOS 12 beta 2 on a number of iPhones ranging from an iPhone 8 down to an iPhone 5s, running benchmarks and getting an overall feel for performance while navigating around applications and menus. The result is that it would appear that while iOS 12 beta 2 does still have a performance advantage over iOS 11.4, the gap is narrowed when compared with iOS 12 beta 1.

This, of course, doesn’t mean a great deal at this stage. With iOS 12 still very much in its infancy, there is plenty of time for it to gain some performance back in future releases and at the end of the day, any speed improvement over iOS 11.4 is better than nothing.

That being said, we’d possibly expect iOS 12 to gain a little more speed once features and under-the-hood considerations start to settle down the closer to a public release we get. That release is expected to come in or around this September.

Be sure to check out all of the newly released iOS 12 beta 2 iAppleBytes videos for the full picture.