Back in 2014 Apple added a feature to iPhones which allowed them to be paired with hearing aids and then act as a remote microphone, sending any audio picked up by the iPhone’s microphones right to a person’s ear. Now, Apple’s newly announced iOS 12 takes things a step further by bringing its AirPods into the mix.

While the feature may not have been announced on-stage during the WWDC opening keynote, the folks over at TechCrunch noted that with iOS 12 installed users will be able to take audio from an iPhone and have it piped directly into a pair of AirPods, making the setup perfect for allowing users to hear more clearly in situations where a directional microphone would come in handy.

Of course, this technology could also be used in ways other than to replace a traditional hearing aid at least to some extent. It’s possible an old iPhone and AirPods could be used as a makeshift baby monitor, for example.

Usage in a busy conference center or bar could also be imagined, allowing people who would not normally require a hearing aid to get a little audio boost as and when required.

Anyone with a real  medical requirement for a hearing aid should of course consult a medical professional in order to get that ball rolling, but for everyone else it is now clear that iOS 12 will add similar functionality that will always be around without the need for any additional hardware accessories to be used. 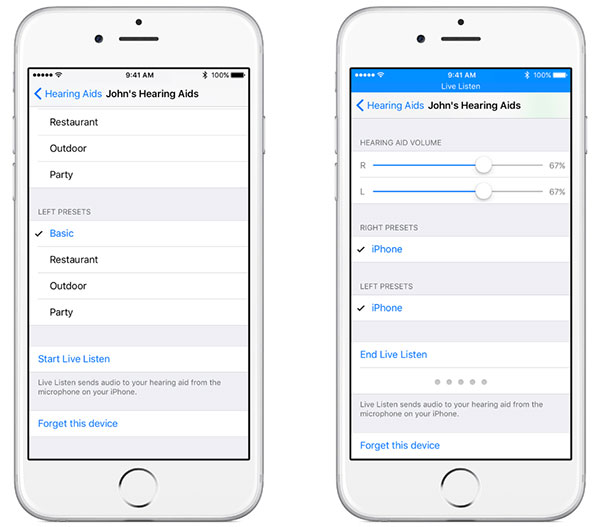 That alone has to be a big plus for such a feature and top marks to Apple for adding another accessibility feature to its ecosystem.