With iOS 11.1.2 already released, the question on everyone’s lips is just what effect does this latest version have on the battery life of a compatible iOS device?

Being a minor multiple-point-release, iOS 11.1.2, by its very nature is designed to patch bugs and known issues, but has Apple made any attempt to try and squeeze more performance out of the hardware from a battery perspective? iApplyBytes has tried to find out just that. 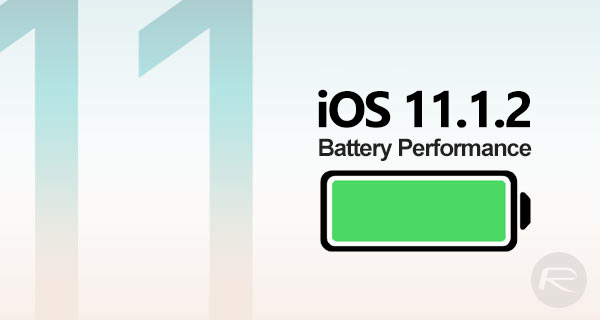 The format of the video and the process of the test that the hardware is put through, should be quite familiar by now. The video shows Apple’s iPhone 5s, iPhone 6, iPhone 6s, and iPhone 7 hardware, all loaded up with iOS 11.1, iOS 11.1.1, and iOS 11.1.2. The goal here is to run each device on each version of Apple’s firmware, through the updated Geekbench 4 battery test to see how long each device can stay active for before being entirely depleted of battery power.

As each device is subjected to the exact same test, which is automated by Geekbench, the time provided at the end should give a fairly accurate understanding of any gains or losses in battery performance from one version of the firmware to another. In this instance, where iOS 11.1.2 is concerned, the tests showed that marginal gains have been made with iPhone 7 compared to iOS 11.1.1, but decent losses when compared to iOS 11.1 on the same device, and entirely marginal losses with all devices put under the same test. iPhone 7 was able to record a time of two hours and 38 minutes on iOS 11.1.2 compared to two hours 36-minutes on iOS 11.1.1, and 2 hours 45-minutes on iOS 11.1.

All other devices in this particular test have come out worse on iOS 11.1.2, suggesting that Apple has concentrated purely on fixing the issues highlighted in the iOS 11.1.2 release notes rather than worrying too much about how those implementations affect the battery performance on each installed device.

As the changes are relatively small there is nothing to worry about here, but it’s worth checking out the video and seeing for yourself how iOS 11.1.2 might affect your device prior to installation.