The iPad is a strange beast. Apple seemingly flip flops between focussing on and then neglecting its tablet lineup with seemingly no pattern, and while iOS 9 saw the iPad truly come into its own, that was the last time an iOS update felt like it was built to make the most of the iPad, its larger screen and all that it affords users.

With iOS 11 likely to be announced when WWDC 2017 kicks off on June 5th, all eyes are on Apple to see what the software offers not just for the ever-popular iPhone, but for the less loved iPad, too. 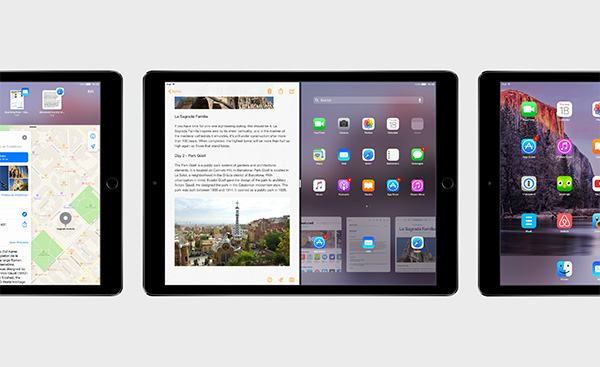 One person that has historically been very vocal about his love of the iPad is Federico Viticci, who went all-in on iPad some years ago and no longer users a Mac in his day-to-day life. If there is anyone who should be best qualified to suggest what iOS 11 should bring with it, it’s him, and that is exactly what he has done in a blog post and accompanying video.

Throughout the lengthy post and almost three-minute video, Viticci’s ideas are laid bare and we have to say that we think he might just be onto something. Take his thoughts on system-wide drag and drop. As shown in the video, picking up blocks of text or images and dumping them elsewhere should be a simple case of dragging from one place and dropping in another. Apple has not offered this as yet, and with multitasking and split-screen apps on iPads, this is something that seems like a no-brainer to everyone outside Apple. Will that change with iOS 11?

Another great idea is the shelf, an area where things can be placed for use later. Think of it as a temporary dumping ground for snippets of text, images or photos that can be pasted into apps after, almost like a clipboard history. We like this idea a lot, though it is perhaps one of the least likely to make an appearance in iOS 11.

We won’t go through everything Viticci covered because nobody explains it better than the man himself, so be sure to watch the video. Those three minutes should be enough to convince you that the iPad has a future in Apple’s lineup, but it will need to give iOS 11 the chance to empower its tablets and by extension, its users.

We’ll find out whether that is going to happen in a couple of weeks.