iOS 10.3.3 Update Can Free Up To 1GB Storage Space On Your iPhone Or iPad

Looks like iOS 10.3.3 update can free up to 1GB of storage space on an iPhone, iPad or iPod touch device it’s being installed on. Here are the details.

Apple has officially released iOS 10.3.3 to the general public for all compatible iPhone, iPad, and iPod touch devices, which means that it’s currently available right now as a latest download. The important security patches included within are a good enough reason to download and install iOS 10.3.3, but if that isn’t enough, and you need another big reason to get involved in iOS 10.3.3, then it looks as though it could potentially give you up to an additional 1GB of storage space on your device. 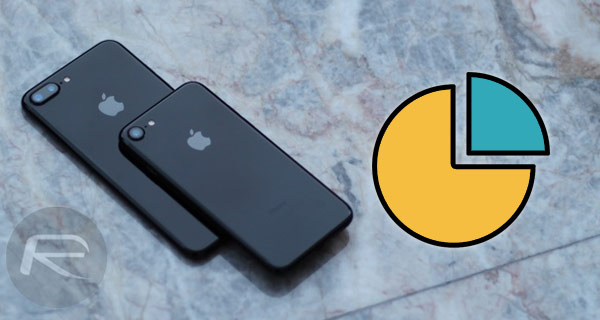 Device owners are typically used to new firmware upgrades taking up an exorbitant amount of space on their iPhone or iPad. It has become accepted that new firmware offerings bring new features and improvements, and therefore take up additional space on the device. For owners of top-end devices that generally doesn’t really introduce any pain. However, for those who have the entry-level 16GB devices, losing even the smallest amount of storage space could be a problem. It seems that iOS 10.3.3 takes an opposite approach.

In our own tests, upgrading to iOS 10.3.3 from iOS 10.3.2 on a 128GB iPhone 7 Plus resulted in an additional 1GB of storage space being freed up. The update took the iPhone 7 Plus from 49.84GB of available free space on iOS 10.3.2 to 50.49GB when iOS 10.3.3 was installed on the same device. This is obviously a fantastic improvement which instantly gives the device owner slightly more storage space to call their own for the installation of apps or storing of videos and photos.

It is worth noting that this isn’t going to be a rule across all devices and all firmware versions. The amount of storage space being freed will vary depending on the type of iOS device that iOS 10.3.3 is being installed and the version of iOS that is currently installed on that device. Also, those with a top-end device with the higher storage capacities can likely expect to get the most additional space given back to them. 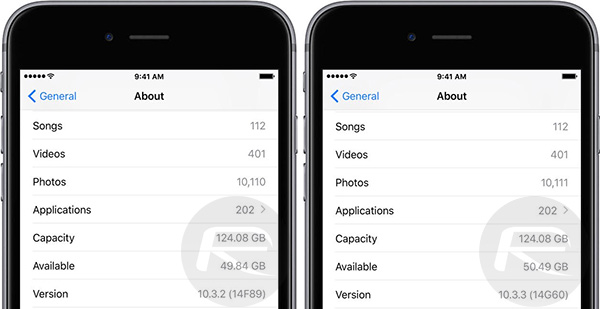 With that said, there’s likely storage savings to be made for all device owners, regardless of their total storage capacities.

Apple’s release of iOS 10.3.3 was mostly security related, and those security patches are definitely worth installing iOS 10.3.3 for. However, if getting some additional free storage space back is a secondary benefit of upgrading, then we are sure that’s a tune most of us can dance to.