Apple’s iOS 10.3.3 beta 2 is now out in the hands of developers and public testers, which means that there should be a fairly significant pool of individuals putting it through its paces. Testing out any beta firmware generally means trying out applications to see if they are compatible, as well as looking for any immediate bugs and issues, but it also generally involves looking for real-world improvements, such as speed increases, performance enhancements, or prolonged battery life.

As always, YouTuber iAppleBytes is back with a series of videos which puts the latest iOS 10.3.3 beta 2 head-to-head against iOS 10.3.2 final version on various devices. 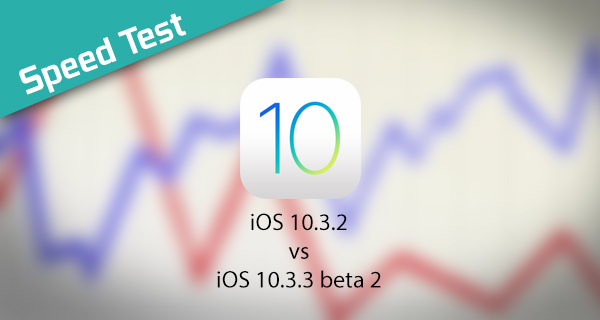 As we have become accustomed to with these firmware overview videos, the format and setup are exactly the same. A number of Apple devices are loaded with the latest public version of iOS, iOS 10.3.2 in this case, and the newest beta version which is in the hands of testers, iOS 10.3.3 beta 2 in this case. The goal is to test a number of areas that are important to hardware owners; namely how quickly each version of iOS boots to the lock screen from a cold start, and how performant the platform is in invoking apps and allowing the user to interact with content.

One thing that is immediately evident is that each device loads up quicker when running iOS 10.3.3 beta 2 over iOS 10.3.2, except for the earliest hardware tested, which is Apple’s iPhone 5. And even then the difference is fractionally marginal. It’s great to see that no significant steps have been taken in a backward direction in that aspect, even with such an early beta. However, it may be disappointing to some that Apple hasn’t really moved forward leaps and bounds either, but that’s a relatively minor issue considering how often a phone is actually booted.

The power management efficiencies provided by each version of the firmware is out of scope for these video tests, but users will be particularly keen to see how fast apps load and if interacting with content is laggy. Apple’s iPhone 6 seems to handle both versions of iOS fairly well in regards to loading apps, and even data-intensive apps like Facebook are pretty much neck-and-neck. Even the earlier devices, like iPhone 5 and iPhone 5s, don’t seem to stumble in this area where loading is concerned.

All in all, a fairly stable iOS 10.3.3 beta 2 release which doesn’t blow our socks off, but doesn’t make us angry either.