Apple has just issued a revised iOS 10.1.1 14B150 IPSW download for iPhone, iPad and iPod touch device owners. Here’s everything you need to know about this new update.

After releasing iOS 10.1.1 build 14B100 late last month, and with iOS 10.2 being currently in beta testing stage with both developers and public testers rigorously checking it out, a revised iOS 10.1.1 release from Apple today in all honesty is a little surprising. 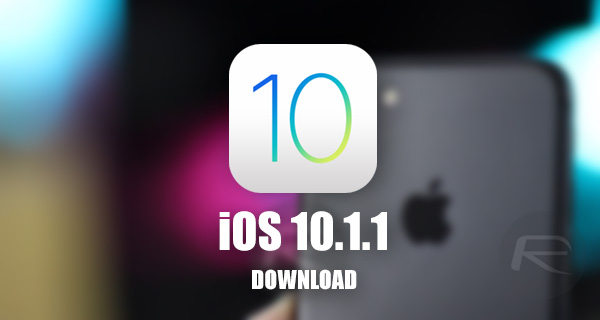 As for what is new in this update, Apple hasn’t released a changelog or any release notes for it as yet. We’ll add in the details as soon as we get to know more about it. It’s likely to be nothing more than an emergency bug fix release though.

And as for how to update to this new iOS 10.1.1 build, it is important to note that iOS 10.1.1 build 14B150 is not available as an OTA (over-the-air) update. Those interested in installing must do it the old fashioned way by first downloading the IPSW firmware file and then restoring or updating to it using iTunes on a Windows PC or a Mac.

Updated iOS 10.1.1 14B150 links have been added to our original iOS 10.1.1 release post. You can head over there right now to grab the IPSW firmware file tailored for your iPhone, iPad or iPod touch device and then updating to the latest firmware: Download iOS 10.1.1 IPSW Links For iPhone, iPad, iPod touch.

As mentioned earlier, we’ll update this post as soon as we get to learn more about the changes in this new iOS 10.1.1 release. Stay tuned for more details.