iOS 10 Storage Full? Free Up GBs Of Space With This Trick Without Jailbreak

Getting iOS 10 storage full messages? Here’s a trick that will help you free up GBs of space on your iPhone or iPad without jailbreak.

Storage on iPhones and iPads has long been a bit of an issue for some people. Those people often have smaller capacity devices such as those with 16GB or even 8GB storage, but the issue can befall those who carry 128GB devices too. It all depends on what you have installed and usage as well, but if you’re down to the last few hundred megabytes, you better have a plan for freeing some space back up, and fast. 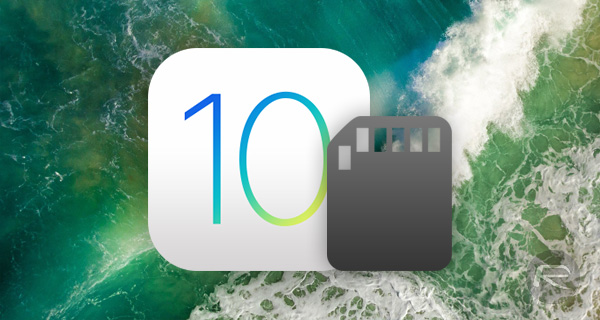 Pre-iOS 10, there was a little trick that would free up space with minimal effort, and it involved downloading a large movie. As it turned out, iOS would recognize there was a shortage of free space and then attempt to rectify that by removing unused, old temporary and cache files from applications.

Setting a movie to download, then jumping into settings from the low storage alert could often result in quite a lot of space being left over, but unfortunately, it appears iOS 10 put paid to that process. Fortunately, it turns out that the same method works just fine using the App Store and a large app of which there are plenty to choose from.

Our recommendation would be a multi-gigabyte app, likely a game, and preferably one that’s free or at least one you already own. To make the magic happen, all you need do is start to download the largest app you can find and then watch within the Settings app (Settings > General > Storage & iCloud Usage > Available) as iOS goes about removing files it doesn’t need in an attempt to free up space. Then, simply cancel the download once you can see that space has been created and the amount of space used by your apps has reduced. That’s all there is to it.

So how much space could this trick save you? Well, we’ve heard of users going from a few hundred megabytes free to a couple of gigabytes and that, to us, is not to be sniffed at. Really though, next time, just buy a larger capacity device.

You owe it to yourself.