Apple’s iOS 10 platform has been in the hands of developers and registered public testers for the better part of three months now, but the time has finally arrived for it to be made available to everyone on compatible iPhone, iPad and iPod touch hardware. 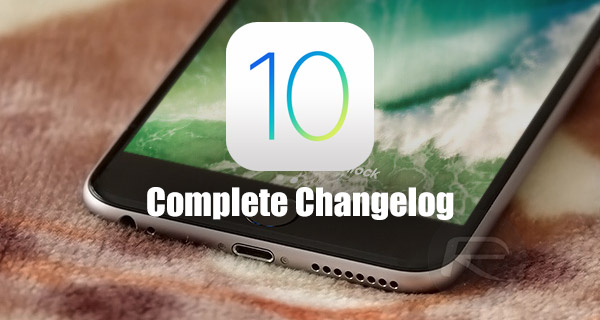 Over those three months period, testers have attempted to break, interact with, and literally tear the platform apart from a feature and security perspective in the hope of reporting any issues back to Apple that then allows the next version to be more streamlined and efficient.

Anyone who has listened to Apple’s executives wax lyrical about iOS 10 will already know that Tim Cook and his band of merry men are calling this update out as being one of the biggest changes to the iOS platform in its history. Given the features embedded into iOS 9, and the huge shift in focus from iOS 6 to iOS 7, that’s actually quite a claim. And of course, we have covered iOS 10 and its features when it was first announced, including a hands-on walkthrough, but the sheer number of changes, improvements and fixes are far too in-depth to actually be covered in full.

Thankfully, Apple hasn’t decided to be pedantic and keep everyone guessing as to what is exactly included in iOS 10. Unlike a number of the betas that went live to developers, Apple has released an extremely in-depth changelog alongside today’s iOS 10 final release that goes into impressive detail about what is actually included in the firmware.

These changes include things like what Apple is calling “Expressive Messaging”, large changes to how Siri functions and its capabilities, as well as an all-new Maps experience, rich interactive notifications, widgets, new Home app for HomeKit, and much more. You can check out the full list of changes below:

With iOS 10 now available for the public to download on compatible devices, it’ll be extremely interesting to see what the feedback is via social media channels and forums. Especially to certain and very important areas of the system like the revamped Messages and Photos app. Some users will clearly love the new effects and animations that Apple has included when sending iMessages from Messages app, but will some see it as tacky or a gimmicky way to entice the younger generation across to iOS? Only time will tell.