Instagram announced via a post to its press site that it is redesigning users’ profiles, with the new design apparently making it easier to “connect with the people you care about on your profile.”

The new profile view includes users’ own profiles as well as when they view those of others throughout Instagram, with the new look including tabs for “Grid,” “Posts,” “Shop,” “IGTV,” and “Tagged.”

Right at the top of a user’s profile page, people will find their biography, follower counts and additional information will appear around a profile picture that in turn stands above those tabs we just mentioned.

If you’re not seeing the new profiles just yet, that’s because they’re being rolled out “over the next several weeks.”

Over the next several weeks, you may see features re-arranged at the top of your profile including changes to icons, buttons and the way you navigate between tabs, which we hope will make profiles easier and cleaner to use. The photos and videos you’ve shared on your grid won’t change. 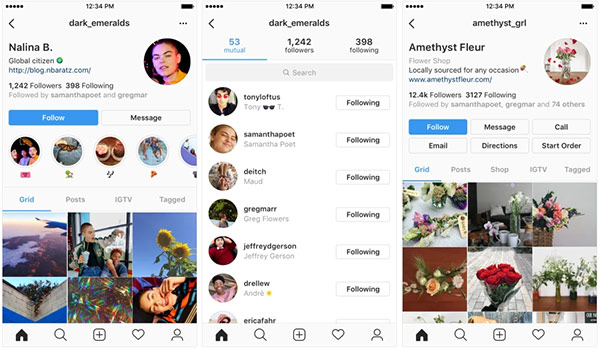 Instagram also says that it will be testing the changes in phases with “different combinations” over the next several weeks, so it really is pot luck as to whether you see them or not. Presumably the new profiles will roll out to the entire user base eventually, although there is no timescale as to when that might happen.

With Twitter also redesigning profiles, the only real big player that isn’t going through such a refresh right now is Facebook, and we suspect that Mark Zuckerberg and co would really like it if that was the only thing they had to worry about right now.