If you’ve not heard of Instagram, then, first and foremost, welcome to 2012 – you’re just in time for the next iPhone. Instagram is a simple photo-edit-share app that has taken the world by storm in the kind of explosive manner only Angry Birds masterminds Rovio Entertainment could claim to empathize with, and having been bought out by Facebook earlier this year, it’s the only application which, along with the aforementioned bird-throwing hullabaloo, can be classified as a "billion-dollar app."

Aside from making a mockery of real, cutting-edge image editing apps (it turns out photo-aficionados don’t appreciate one-click editing utilities, after all), it’s actually rather charming, and having yielded tens of millions of users on iPhone, it finally made its way onto Android earlier this year. 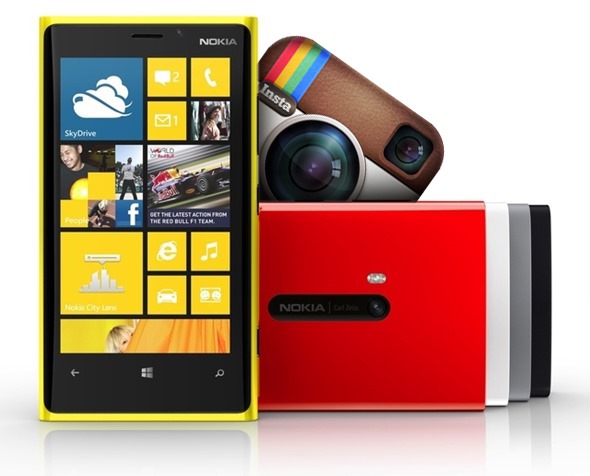 As Android users will know all too well, the wait for an iOS-founded app to be ported through to the Google Play Store usually borders on the tedious, but to the credit of Burbn, Inc. – the company behind the landmark app – the Android iteration was, at the very least, on par with its iPhone-based rival.

With Microsoft now looking to launch a serious assault on the mobile market, it looks like Windows Phone users will be getting / won’t be able to escape the Instagram bug. With the introduction of Nokia’s Lumia 920 last week – which, for the benefit of those having been absent for the year so far, packs a tasty looking 8.7-megapixel rear-facing camera with Nokia PureView and Carl Zeiss optics – will begin retailing with its own exclusive apps, and it might just be that Instagram is one of them.

The Finnish company recently released a promotional video apparently offering an inadvertent glimpse of Instagram for Windows Phone. As you’d expect, there’s a Live Tile showing comment and like info, but it’s not yet known whether it will support the Lenses feature specific to Windows Phone 8.

Here’s the video, for your viewing pleasure:

TheVerge seems convinced Instagram will arrive before the year’s out, and with a bunch of Windows Phone 8 devices – including the Lumia 920 – launching at the end of October, there’s plenty to look forward to if you’re looking for some respite from iOS and Android.

Considering Nokia’s close ties with Microsoft, expect plenty of Lumia exclusives, although I’m not sure if they’ll be enough to lure myself – and many others – away from the beautifully-designed Samsung ATIV S.