Google Drive For Android And iOS Updated, Now Lets You Edit And Collaborate Docs On The Go And More

The battle for supremacy in the cloud-based services has definitely stepped up a notch or two over the past few months, with a host of companies joining a territory manned mainly by Dropbox. Apple kicked things off by launching iCloud along with iOS 5 back in October of last year, and Microsoft finally brought SkyDrive to the mainstream in the early stages of 2012 – laying the foundations for the eventual release of its so-called "Cloud OS" – Windows 8.

Just after SkyDrive, Google took the wraps off Google Drive, a launch closely followed by native apps for both Android and iOS. The web company’s service is still in relative infancy, but with such a strong résumé in the field of online projects, you’d expect Google to make a strong march towards the top of the tree.

Much work has gone into enhancing the Apps for both Android and iOS, and now, the fruits of those labors can now be enjoyed by the several hundred million users of the top two mobile ecosystems. Although Google runs Android, the Mountain View-based company still recognizes a large portion of Google Drive users are running iOS, so although the Android iteration (v. 1.1.1.6) has more in the way of new features, the iPhone, iPad and iPod touch version (v. 1.1.0) still offers plenty for users to sink their teeth into. 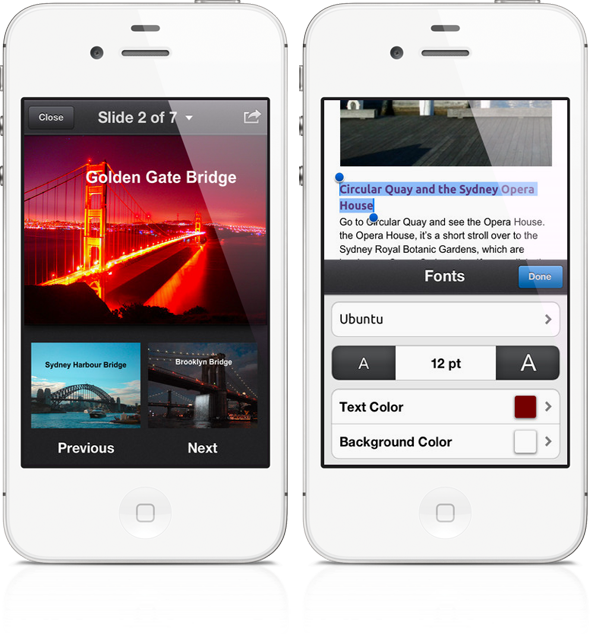 The iOS edition now allows you to edit Google Docs, and collaborative support is also a feature, with the edits of others showing up instantaneously. Also, you can now view full presentations on your iDevice, as well as create new folders, move drop files into folders, and upload your content to Drive right from your Apple gadget. 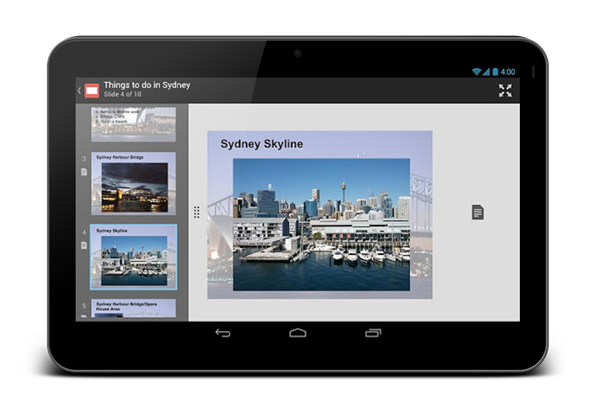 Meanwhile, Android smartphone and tablet users can add comments, reply to comments, and view tables in Google Documents, among others.

You can grab either (or indeed, both) versions from the links provided below.