Improve The Functionality Of Touchpads On Windows PCs With TwoFingerScroll

If you happen to be a Windows user, then you will probably understand some of the issues that come attached with using the touch sensitive pads on laptops and notebooks. Instead of using a dedicated mouse, a lot of users rely solely on the embedded trackpads to navigate through their applications and the file system. In theory that’s all well and good, but more often than not the reality of the situation is entirely different with hardware manufacturers doing a pretty poor job of bringing a decent feature set to their navigation pads.

If this touchpad issue is an affliction that has found its way into your Windows experience then worry not as there are ways and means to mix things up a little and dramatically improve the capabilities of the touchpads. The TwoFingerScroll is a rather nifty little utility that was designed to bring some additional and powerful gestures to Windows users and their Synaptic Touchpads. A large number of the produced laptops actually contain hardware from Synaptics and have the ability to support multiple finger gestures, but for one reason or another this is never implemented.

Although the TwoFingerScroll provides a fantastic extension of the Touchpad’s abilities to users, it hasn’t been officially updated for quite some time but thankfully an unofficial modification to the original project has surfaced and as you would expect it extends on the original capabilities. When installed, users should immediately notice the difference that the software brings to Windows, a difference that manifests itself through high performing scrolling and a user experience that is immediately smoother. It works right out of the box so to speak, but users can head on over to the settings within the system tray icon to make some additional changes to suit their needs. 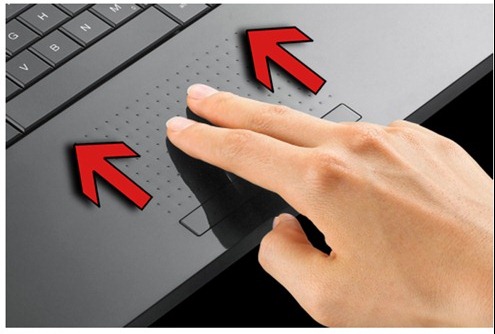 One of the first and extremely useful features is the inclusion of the palm detection feature that brings scrolling and tapping abilities as well as being able to double tap on the Touchpad with a single finger and drag items with another. Horizontal two-finger scrolling is another fantastic little addition that lets users flick quickly between views and for those who want to get more adventurous the all important three gestures are also included. The TwoFingerScroll modifications are definitely worth a try, and considering the majority of Windows laptops contain Synaptics Touchpads, there shouldn’t be too many compatibility issues.