Although we have seen a number of installer packages over the years in the jailbreak world, Cydia is the only one that has really managed to stand the test of time and rise to prominence as the de facto package installation method on jailbroken iOS devices. Although Jay Freeman’s package often comes in for some criticism, wrongly so in my opinion, it really is the most powerful alternative to the official App Store that we have seen.

With that being said, there are always going to be people who feel that competition is the best way to breed creativity and to keep developers on their toes in order to keep pushing out and innovating with their product. One of the concerns that a number of people seem to have is; Cydia has a monopoly on the jailbreak world and therefore provides no incentive for Saurik to introduce new features or improvements to the current package. 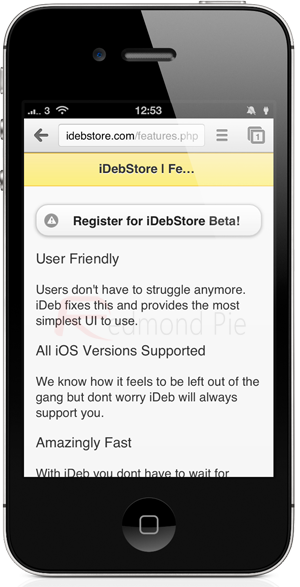 Step forward the iDebStore, which is a web-based installer that is aiming to be a lighting fast alternative to Cydia. The developer(s) behind the iDebStore creation were inspired to create the online portal after deciding that reloading the packages and installing via Cydia was too slow for their liking. The site is currently in a closed beta stage with more than one thousand apps to try out from the site, with free of charge packages being offered from the default repositories as part of the beta. According to the developers, the long term plan for the iDebStore involves not having to deal with repositories at all with all packages being hosted centrally.

A few of the noted benefits of using a method such as this include having an extremely simplistic user-interface which allows all levels of users to get involved, and is also available across all versions of iOS thanks to the web-based method of access. Speed is also a big selling point, with the developers promising that iDebStore will be amazingly fast and will have the ability for users to log into an account to gain access to all downloaded packages, something that eliminates the need for backups of jailbroken installations. 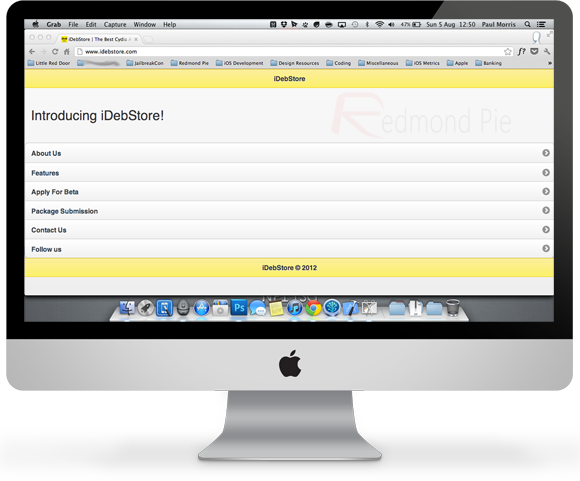 Although the currently accessible iDebStore information is all well and good, and this isn’t the first time we have heard murmurings of people creating alternatives to Cydia. The fact is; Cydia is so ingrained into jailbreaking with users, seeing the Cydia name and icon is considered as confirmation that the device is indeed liberated and it would be extremely difficult to prize users away from that. Besides, in my opinion, Cydia is a pretty amazing little app that is worthy of being the accepted installer solution. Time will tell if the iDebStore idea gets past the beta stage.