While Cydia has been the App Store of choice for iOS jailbreakers for, well ever few will argue that mire competition is needed in the arena. Competition is just what Lima promises to offer, and it has its own twist – it’s browser-based. 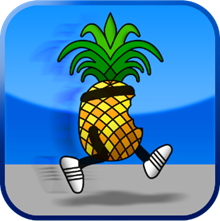 Being developed by the Infini Dev Team (the same guys behind Icy’s return), Lima is an interesting idea. While still not ready for prime time, the embedded video shows one of the potential upsides – speed. We’re not sure if Lima will continue to be so snappy when it’s live, but we sure hope so.

A web-based App Store has its own advantages too. Apps could be linked to and opened directly on-device just like iTunes as well as meaning updates could in theory be performed much quicker.

While we don’t know how Lima will shape up, or even when, we do know more competition for Cydia can only be a good thing whether that be in the shape of Lima, Icy or something else.