The addition of Control Center to iOS 7 is probably one of the biggest new features that the iPhone and iPad operating system received. It’s true that iOS 7 saw all kinds of changes, some more obvious than others and some under the hood, but being able to get quick access to certain apps as well as some system toggles has quite literally changed the way some of us use our devices.

Take that flashlight button as a prime example. Until iOS 7 we all had a flashlight app of some description installed on our iPhones for those times when we just needed a little more light to be shed on the situation. We’ve all been digging around in a dark basement or needed to find the recycling box in a dark garden, and having quick access to a flashlight has usually saved the day. 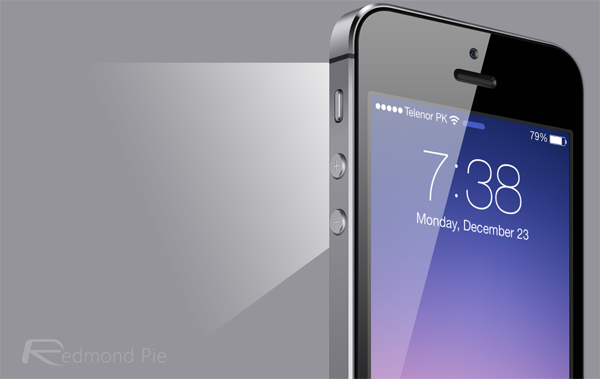 Turning the flashlight on in iOS 7 is simply a case of flicking up from the bottom of the screen and then tapping the flashlight icon. Doing the same thing turns it off, too. But what if you want a quicker way to disable that flashlight once it’s all lit up? What if swiping and tapping is just too cumbersome for your needs?

Well, one Reddit user has pointed out that there is another way to turn the iOS 7 flashlight off for those that don’t want to invoke Control Center again.

Turns out that simply making the iPhone’s screen light up by either pressing the power button or the Home button and then tapping the camera on the bottom-right of the screen will turn the flashlight off. You don’t need to actually launch the Camera app by flicking all the way up – just tap the icon like you would any other. It’s that simple. In fact, try it right now before you even go any further.

You’ll see the screen bounce as if the Camera app is being launched, but it isn’t actually fired up and the screen turns off as normal. The only thing that does happen is the flashlight gets turned off. Nice and simple.

Of course, turning that flashlight off using Control Center isn’t really a great hardship to the vast majority of people, but if it did bug you, then here’s a second option.