How To Toggle System Settings From iOS 7 Status Bar

Cydia is populated with tweaks and extensions that enhance the overall experience of iOS. One of the latest packages to have a stab at improving iOS goes by the name of TouchBar and is a small utility that lets users quickly toggle system settings on and off directly from the status bar of the installed device.

TouchBar is a relatively simple package that focuses on an area of iOS that many jailbreak developers have attempted to improve: the most commonly used system settings. When we refer to system settings we are talking about commonly used options that are natively toggled on or off through the native Settings app, such as Airplane mode, Wi-Fi, Bluetooth and Do Not Disturb. TouchBar is one developer’s attempt to make interacting with the aforementioned settings a little more pleasurable, by making them accessible directly from the status bar at the top of the iPhone or iPod touch being used. 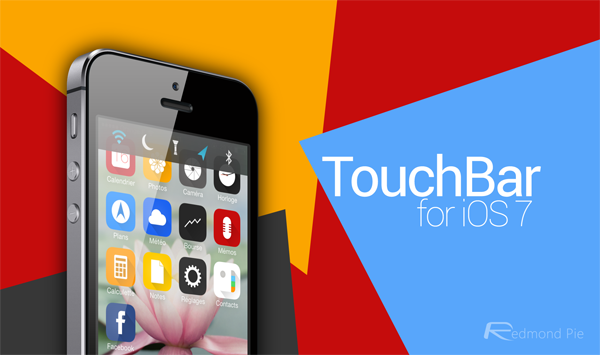 When installed, the package offers two ways of interacting with settings. Firstly, the user can simply tab on the status bar icon to toggle its corresponding state. For example, if Bluetooth is already activated on the device then tapping the Bluetooth icon will turn the feature off. This is most likely achieved by applying a touch gesture recognizer over the top of the icon and then invoking a specific call to action on it when a tap is detected. In addition to that method of interaction, users can also use the popular Activator library to invoke a purpose built overlaid bar that contains direct access to the settings. 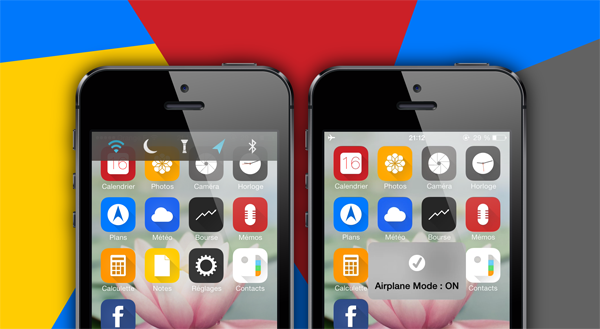 When the pre-defined gesture is recognized, the bar will be displayed with a number of icon based buttons that refer to a specific system setting. Some users, like myself, have no problem pulling up the iOS 7 Control Center to quickly toggle certain settings on or off. With that said, there is definitely a set of users who would prefer TouchBar’s implementation over Control Center.

TouchBar is a commercial package, available as a $0.99 purchase from the ModMyi repository. The repo package information provides no official details on iOS firmware or device compatibility. 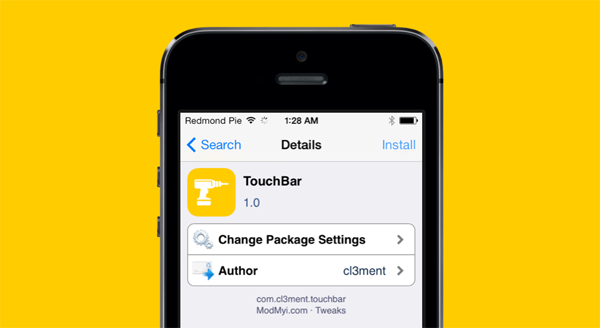