How To SSH Into iOS Device Using Windows 10 And Bash

Here’s how to SSH into an iOS device using Windows 10 and Bash natively without using any third-party apps. This guide works on Anniversary Update of Windows 10 and later.

Perviously, if you were a Windows device user who happened to also own a jailbroken iOS device, then if you wanted to SSH into that iPhone or iPad, you needed to install a third-party app on the Windows machine to get that job done.

Now with Windows 10 Anniversary Update, rather than having to install something like PuTTY to facilitate SSH access, Microsoft has brought the ability to do this natively into the latest version of Windows 10.

Before moving ahead, and as mentioned earlier, it is important to note that this particular function requires Windows 10 to be updated to at least the Anniversary Update, or a later version. So, if your machine meets this one critical requirement, let’s jump straight into the action without further ado.

Step 1: In order to set your Windows 10 PC for this type of functionality, you’re going to need to run through a few simple steps to install and enable Bash on Ubuntu on Windows 10. Thankfully, we have already been through this process in a previous post, so follow those steps through and then jump to Step 2 below: Install / Enable Bash On Ubuntu On Windows 10 After Anniversary Update, Here’s How.

Step 2: Now on your jailbroken iOS device, you’re going to need to install a small package from Cydia called OpenSSH. You can do this by launching Cydia in the usual manner and searching for the OpenSSH package. Install it via the usual method. Of course, if you already have OpenSSH installed on the device, like many jailbroken users have, then you’re good to bypass this step. 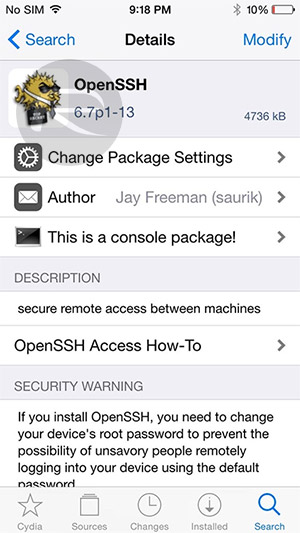 Step 3: You’re now going to need to know the IP address of your jailbroken device. Launch Settings(.app) and head into Wi-Fi. View the additional details of your connected Wi-Fi network by pressing on the information button and making a note of the IP address. 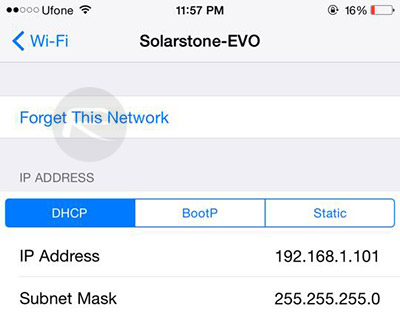 Step 4: Back on the Windows PC, in the search bar, type in bash and hit the enter button. This will launch Bash command line interface.

Step 6: All being well, that should now give you secure access to the jailbroken device via SSH.

This will certainly make things a lot easier for jailbroken users who regularly like to transfer data back and forth without having to install third-party apps like the aforementioned PuTTY.