One of my biggest beefs with any Android device is the lag – that annoying slowness or jerkiness that you notice either from the get go, or as you keep using your device. The worst part is, no Android device seems to be free of this plague, even the likes of flagships like HTC One and Samsung Galaxy S4. The following couple of quick tweaks should help to speed up your device.

Before we go into what you actually need to do, let’s understand what lag is. There can be two types of lag, one being what you face when launching an app, for instance, where the device seems to take a couple of seconds before it actually executes your command. Such lag usually comes from an underpowered processor or insufficient RAM, and the OS is forced to unload and reload a variety of data into RAM before it can compile and run the application. The second, and arguably more frustrating, lag is when the overall interface feels sluggish, which is not necessarily Android’s fault. 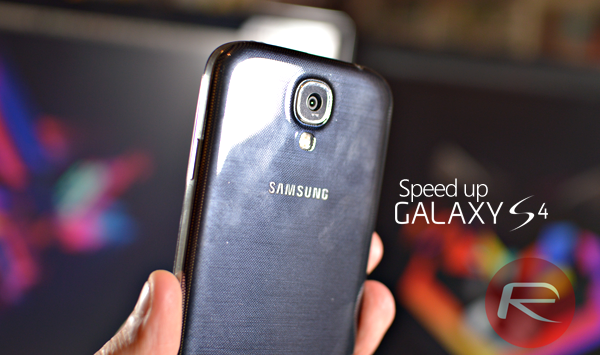 You see, with Android’s Project Butter, Google actually did a lot of work to fix the OS lag. However, for a device like Galaxy S4, which runs the heavily modified Android under TouchWiz, Samsung’s attempts to “beautify” the interface can sometimes get in your way. All those pretty animations that you observe all the time whilst using your Galaxy S4 have a set delay time of their own, and they reside in the memory at the same time – both detriments to overall snappiness and performance. Hence, reducing (if not disabling) them is going to help.

Step 1: Enable developer options on your Galaxy S4 if you haven’t already. To do so, go to Settings > About and tap the build number a few times until you get a toast notification that Developer Options have been unlocked. 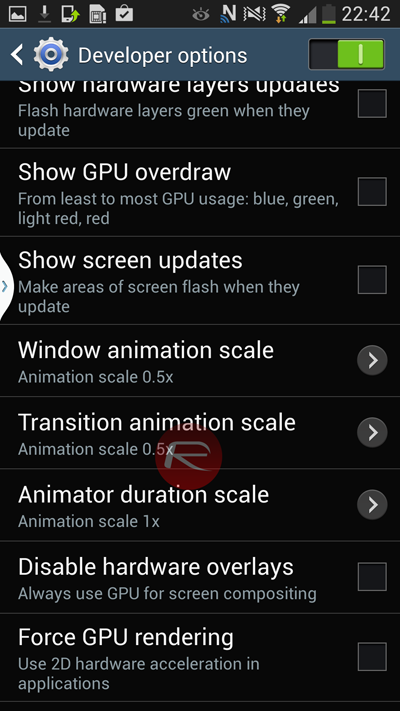 Step 3: Tap to change the values, and change both of them to 0.5x (minimum) or better, lower. 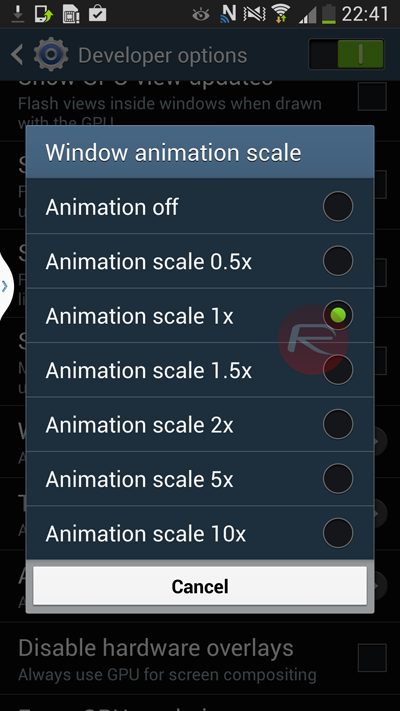 That’s it – the animations are definitely punchier now, and you’ll notice an overall performance upgrade.

Apart from speeding up the transitions, you can also enable ‘Force GPU rendering’ to make things even more snappier. But, it comes with a small price: battery life. But overall, it will keep things ticking nicely and will make your device a breeze to use. 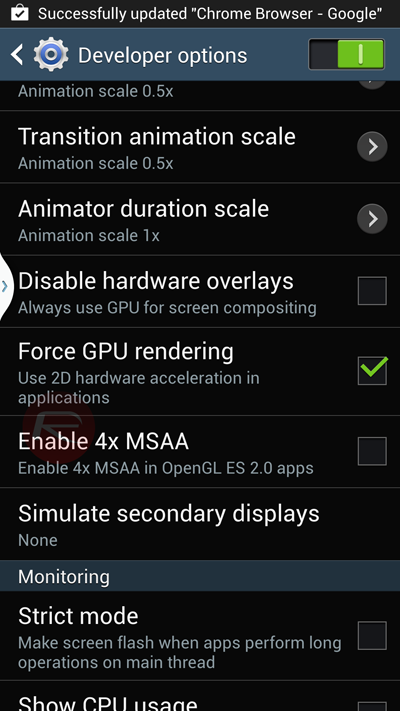 In all fairness, this isn’t as much a tweak or fix as a simple logic solution, but one that you’ll definitely find useful. You may also want to remove the unlocking effect and touch sounds for not just a punchier experience, but also better battery life.