How To Set Up Wireless Syncing With iOS 5 And iTunes 10.5 Beta 2

With the release of iOS 5 Beta 2, just a few days ago, wireless syncing with iTunes was finally added as promised. While some had wrongly reported that the device would need to be plugged into the wall in order to work, it actually requires no cables at all. Wondering how to set it up? Read on.

Once both of those are installed, you’ll need to follow these simple steps:

Step 1: Plug your device into your computer (you’ll only need to do this once).

Step 2: Load up iTunes and select your device from the program’s sidebar. Make sure you’re under the "Summary" tab, select "Sync Over Wi-Fi Connection" and hit "Sync" in order to save this setting.

Step 3: Your device can be unplugged at this point. From your device, head to Settings > General > iTunes Sync. To begin syncing, just tap "Sync Now". Within a matter of seconds, your device will automatically detect your iTunes library and begin syncing. Of course, you must be running iTunes for this to work. 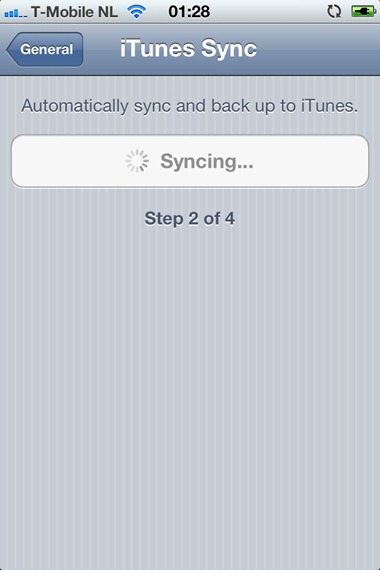 Wireless syncing is one of the biggest time savers introduced as part of iOS 5. Introduced earlier this month, the new version of iOS includes major improvements and new features, such as an enhanced notifications system with Notification Center and widget support. In addition, iOS 5 has done more to "cut the cord" than all other previous versions of iOS combined: for example, setting up a new device no longer requires a computer connection, with the wizards all built into the device itself.

iOS 5 beta 2 and iTunes 10.5 beta 2, which includes new iOS 5-specific features, was released yesterday. The new version of iOS 5 includes slight improvements across the board as far as user experience is concerned, including the way notifications are displayed on the system’s lock screen, as we reported earlier today. In addition, it’s been reported that the new version fixes the vulnerability that allowed a hardware unlock through Gevey SIM, a process that we highlighted last week.

The final version of iOS 5 is expected to arrive this fall, possibly along with a new iPhone. Meanwhile, developers are likely to get their hands on more beta releases just like this one.