Over the years, Apple has added plenty of things to iOS that were once gaping holes in its feature-set, but there is one thing that is still missing even after all these years and updates. That particular omission is the ability to schedule iMessages and SMS text messages to be sent at a later date as specified by the user.

While Apple hasn’t yet brought such a feature to its stock Messages app, the jailbreak scene has predictably filled the void by spawning more than a few tweaks that are capable of taking a message and then sending it at a predefined date and time. Some of them are good, some of them are bad, but a new entry into the field is both good and interesting for a couple of reasons, and it’s available to download from Cydia right now. 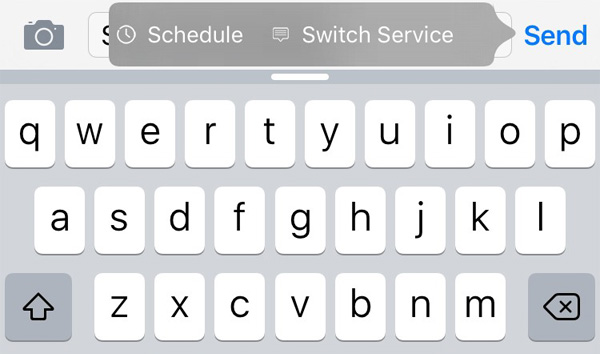 Called Kairos, and compatible with both iOS 9 and iOS 8 devices, this tweak adds the ability to delay texts in the stock Messages app by allowing a long press on the Send button to present a new menu in which users set when they want the message to be sent. That keeps the interface nice and clean while also providing just the features that are required.

The same menu also allows users to switch between SMS and iMessage on the fly, much like the previously-covered SwitchService. Another button, when tapped, shows all the scheduled messages so that they can be removed from the queue if required. Again, it’s simple but gets the job done. 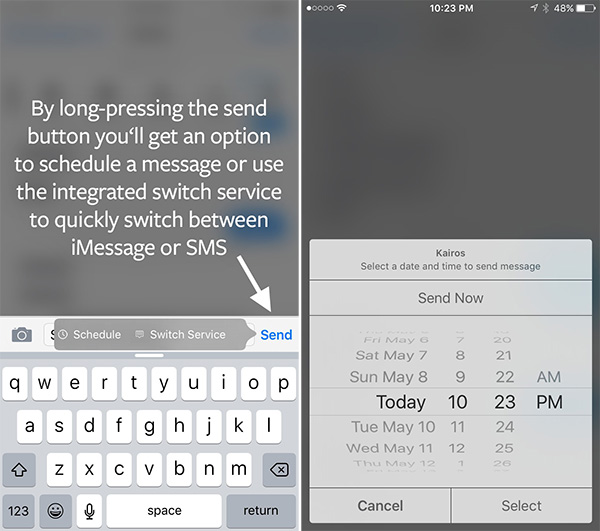 One of the things that makes Kairos so interesting to us is the attention to detail. It’s this that sees Kairos able to turn off Airplane Mode if it is enabled. When a message is due to be sent, Kairos will disable Airplane Mode, send its message, and then re-enable the same mode afterwards. It’s a clever solution, and one that makes Kairos stand out from the crowd.

If you’re jailbroken, Kairos can be downloaded for $0.99 from the BigBoss repository right now. 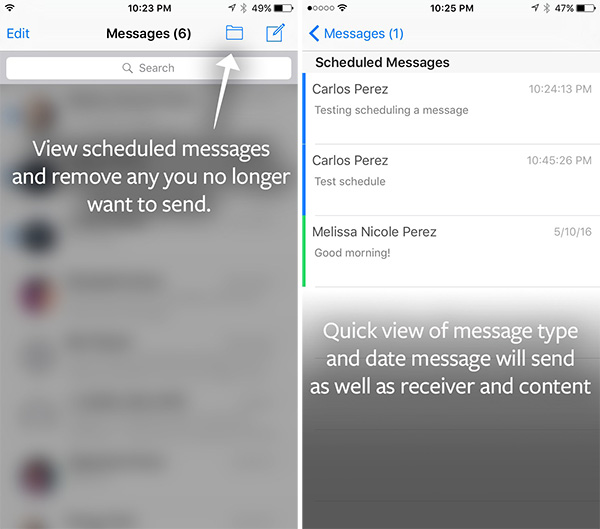