How To Replace Volume HUD On iPhone With A Percentage Indicator

Apple’s iOS does a pretty good job at performing as an excellent mobile operating system and is debatably one of the best options available, if not the best. With that said, when it comes to the finer details of how the operating system works, users are obviously going to have differing opinions on how things should be implemented. The goal for Apple, or any similar company for that matter, is to produce something that attempts to satisfy the majority.

That is why packages that exist within Cydia are a great addition to a device, allowing users to change or alter pretty much any aspect of their device to suit their tastes. The HUDChanger tweak by Ron Melkhior is one that does exactly that, and while it may not offer any mind blowing functionality, it is certain to appeal to the aesthetic tastes of some. For those who may not know, the ‘HUD’ section of the name refers to the heads-up-display, basically a visual indicator that is shown on the device’s display when the volume buttons are pressed. 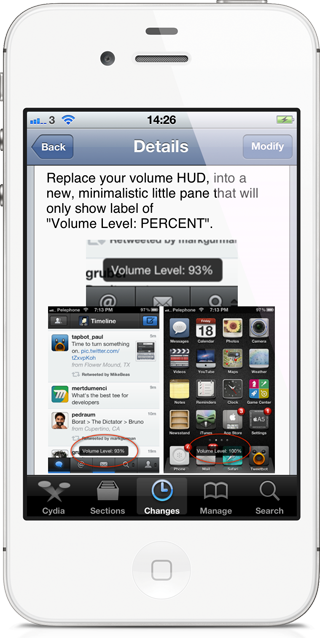 After installation, HUDChanger doesn’t come with any additional home screen icons, nor does it installs any of its own configurable options through the Settings app. Instead, it comes with one pre-determined feature, which is to alter the visual appearance of the volume heads-up-display to give it a more minimalist look and feel. In a stock installation of iOS, when either of the volume buttons are pressed, a rather large and imposing indicator takes over the iOS device’s display to give visual feedback to the user. This tweak alters that by displaying a very small and non-intrusive bar towards the bottom of the screen that shows the volume in a numerical percentage rather than the usual speaker symbol and bars. 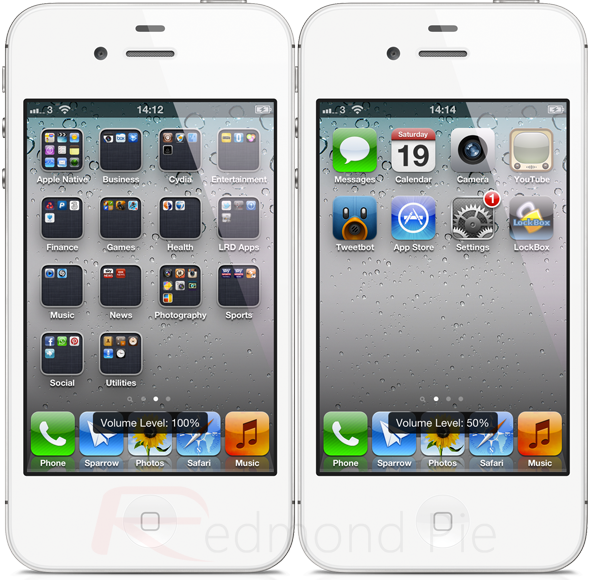 As mentioned earlier, the package isn’t exactly going to blow anyone away by what it offers, but there are plenty of jailbroken users around who would prefer a more minimalist look to visual indicators, and considering that the tweak doesn’t cost a single penny, then it’s definitely worth a shot.

HUDChanger is available to download from the BigBoss repository free of charge with no specific iOS version requirements being given.