How To Install Android 4.0.1 ICS Alpha Build On HTC HD2

Android 4.0 Ice Cream Sandwich’s source code was handed over to the Android Open Source Project (AOSP) a few days ago and we are seeing first attempts from the developers community to port Ice Cream Sandwich to some of the most powerful and popular smartphones. We’ve already covered how you can install Ice Sandwich on Galaxy S II, and in this is post, we’ll be talking about Ice Cream Sandwich for the old yet still mighty HTC HD2 “Leo”. 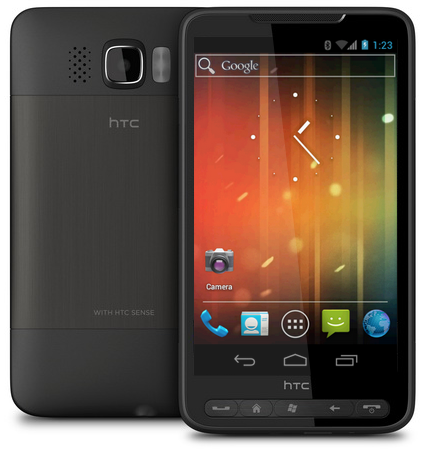 HTC HD2 is one of the first batch of devices to receive port for Ice Cream Sandwich (ICS). The legendary smartphone – which was released in late 2009 – continues to see strong support from developers community despite being abandoned quite a few months ago by HTC. It originally came with Windows Mobile 6.5, but can run not only run Android but also Windows Phone 7!

ICS can be installed on HTC HD2 right now if you are interested. Since this is an alpha build, some pretty important things aren’t working: data connection (3G), audio, USB mass storage and camera. Since these things are quite important for daily use so we suggest staying away from it until the stable or at least beta build arrives.

Android 4.0 Ice Cream Sandwich was officially revealed along with the Galaxy Nexus about a couple of weeks ago. It is, undoubtedly, the most important update in Android’s history as it marks the OS’ jump to a much, much snappier, easy to use and, of course, aesthetically pleasing user-experience which previous versions, arguably, didn’t quite offer. Physical buttons have been ditched in favor of virtual on-screen ones, redesigned apps, integrated screen capture, a vastly improved keyboard, unified copy-paste, powerful voice recognition, a much more able browser and then there is the brand new UI which makes Android look “mature” and some are even calling it “beautiful” which, well, we is something we all can agree on.