How To Install 3.5mm Headphone Jack On iPhone 7 Using A DIY Mod [Video]

When Apple announced the iPhone 7, all of the good things it brought to the table were almost immediately ignored in favor of the opportunity to whinge at something that was actually taken away as part of the new design.

In favor of embracing wireless headphones future, Apple decided that the iPhone 7 was the perfect opportunity to ditch the 3.5mm headphone jack. 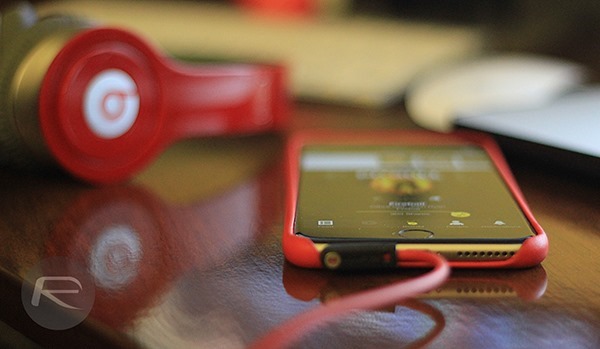 People were not happy. Not happy at all, and we started to see all kinds of spoof videos and photos of people drilling holes in the bottom of their new iPhones. Now we have an example of someone who did exactly that, but also made that hole completely functional, bringing a 3.5mm headphone jack to the iPhone 7 for the first time.

The person who created this masterpiece is Scotty Allen, the same guy who also managed to build an entire iPhone out of spare parts earlier this year and shot to fame as a result.

This amazing project took almost three months and a pile of cash to make possible, but the result is pretty impressive indeed. In order to make everything work Allen used a 3.5mm-to-Lightning connector to handle all of the magic and somehow managed to internalize the hardware that is required to take a standard headphone socket and pipe it into the Lightning connector. The downside here is that the 3.5mm jack and the Lightning connector on the phone cannot be used at the same time because they are ostensibly the same thing, but that’s a minor price to pay for a truly unique iPhone 7.

Beyond this limitation, the iPhone 7 works as normal, and while the hole for the headphone connector is closer to the edge of the iPhone than it is on, say, an iPhone 6s, the finish is very good indeed. All in all, we take our hats off to you Scotty. Excellent work once again.

Check out the video below, and see for yourself.