The latest version of iOS – iOS 5 – packs some pretty nifty features that aren’t readily-available on other platforms such as Android. To get these features on Google’s popular mobile platform, you have to search forums, go through social websites and (attempt to) find diamonds in the coal mine that is the Android Market. It’s not a very pleasant thing to do, so we decided that in order to make things easier for our lovely readers, we’d do the research and compile a list of apps that allow you to enjoy some of iOS 5’s best features on Android. Check them out after the jump! 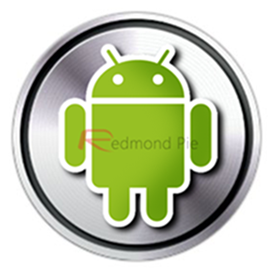 Siri was introduced as one of iPhone 4S’ three major new features back in October. While, for most people, its novelty has been lost, it remains a big attraction for the average would-be smartphone owner. Siri has a good number of alternatives on Android, but only a couple of them work reasonably well.

Dragon Go! for Android actually comes from the people behind Siri – Nuance Communications. It comes with natural language processing and integrates with over 200 online services so that you can give commands related to movie reviews, tickets, basic mathematics, weather, local places etc. in a syntax-less, natural way.

Speaktoit Assistant [Market Link] is one of the more popular Siri alternatives on Android. It offers Dragon Go!’s vast integration with online services along with integration with system apps so you can fire off emails, texts and more!

Notes on iOS is a useful, but very limited app which lets you jot down things quickly. Android has a wide number of alternatives and most of them are actually a whole lot better than Notes on iOS.

Our favorite, though, is Catch [Market Link]. It lets users work with text, voice recording and photos in notes. These notes, then, can be backed up online and then synced with other Android and iOS devices.

To-do list apps is where Android’s offerings currently beat iOS’s. Any.DO is amongst the most popular Reminder-like apps that comes with a crazy number of features wrapped in a easy-to-use interface.

I’ve been using Any.DO [Market Link] myself for the past few weeks and now cannot live without it. It lets you say what needs to be done and then it converts it into text. If you’re the sort who prefers typing (we do!), then Any.DO can also predicts what you need to do.

Any.DO differentiates itself from other to-do list apps with its extraordinary user-interface. You can drag & drop tasks, give priority to urgent and important ones, see tasks on homescreen with your choice of widgets, swipe tasks to mark it as complete, share lists with friends and family (to do things together), sync and backup with Google Tasks. It’s a brilliant app and we cannot recommend it enough!

iCloud backup and syncing is one of the strongest features of iOS devices. Snap a photo on your iPhone, and it will automatically show up on your iPad, iPod touch and Mac. This also works for documents, videos and other files.

On Android, Dropbox’s latest beta [Dropbox Link] offers automatic photo and video uploads. Take a photo, record a video on your Android device and it will be uploaded to Dropbox on PC/Mac in background over WiFi/3G. We’ve discussed this in detail here.

Where’s My Droid is Find My iPhone on the most powerful of steroids. It lets you locate your phone inside your own home by making it ring with a specific “attention word” that you can text (even if it is on silent mode), locate it all over the world using GPS, protect with password, control who can send attention word specs, receive notifications when SIM card is changed and more. Keep in mind that these are just the features of the free version. Where’s My Droid’s Pro version comes with even more features such as being able to remote lock/wipe device, use a landline number to activate app etc. Highly recommended! [Market link]

Wireless syncing between iOS devices and iTunes over Wi-Fi is one of the more stronger features of iOS 5 and it can be easily replicated on Android with DoubleTwist’s AirSync. AirSync is a powerful $4.99 add-on to DoubleTwist Player which lets you wirelessly sync not just music, but also photos and videos between your Android smartphone/tablet and Mac/PC. It can also stream these files to Xbox 360 or PS3 as well as Apple TV using AirTwist/AirTo. [Market link]