How To Get Android Lollipop Interruptions Feature On iOS 8

Choosing one platform over the other doesn’t necessarily mean that iOS can’t learn from specific Android features and vice versa. Android Lollipop for example, introduces a very handy feature called ‘Interruptions,’ which is something that iOS didn’t benefit from until the Stunden tweak hit the Cydia store for jailbroken devices just recently.

Interruptions is essentially part of Android’s new revamped notification system that ships with Lollipop. It comes with various modes and basically allows rules to be set for incoming notifications based on which mode is currently active. Think iOS ‘Do Not Disturb’ but a bit more advanced and with a bit more flexibility. Stunden doesn’t exactly replicate the Android Interruptions feature, but it does provide a very quick and convenient method of accessing iOS’s native Do Not Disturb functionality. 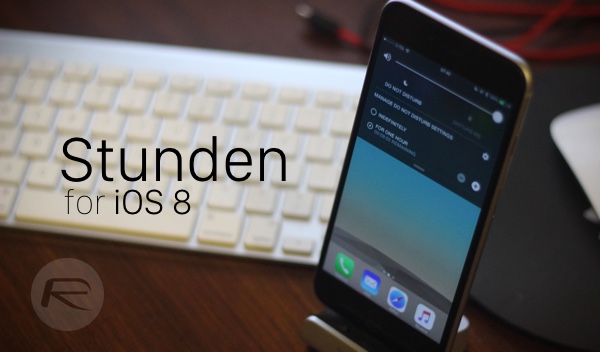 As you can see from the interface, Stunden is invoked using an Activator gesture and provides a stylish but simplistic user-interface to quickly access the system volume, Do Not Disturb settings, and a quick access toggle to turn on or off. It also provides a method for deciding whether Do Not Disturb should be active indefinitely or whether a specific set time should be in place before it turns itself off.

In addition to hooking directly into the Do Not Disturb settings of iOS, Stunden also comes with its own settings panel that is accessible via the native Settings app. Settings such as Countdown Style, Appearance, while offering options of a Dark or Light user-interface, and whether animations should be toggled on or off are all present. 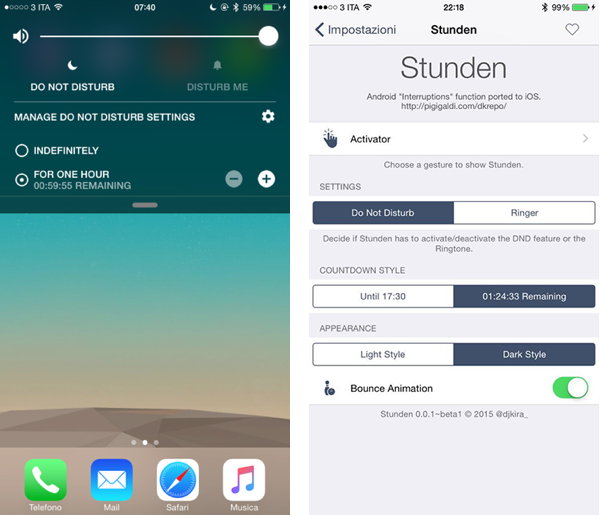 Stunden is a commercial package available as a $1.00 purchase through the default ModMyi repository in Cydia. The tweak itself requires a jailbroken device running iOS 8.0 through to iOS 8.4 and has a dependency on Ryan Petrich’s Activator package which will also need to be installed.