ClockworkMod Recovery is the de-facto standard when it comes to custom recoveries on Android. It packs a wide variety of powerful features that make it an absolute must have for those of you who like to flash new ROMs regularly while keeping their personal data safe.

Now, developer koush has announced and released a major new version of ClockworkMod Recovery. Check out its new and updated features right after the jump!

The news comes straight from developer koush’s Google+ profile in the form of a post in which he discusses the new version, the future of ClockworkMod Recovery and the promise of a major UI overhaul for ROM Manager that koush feels has parts which are “starting to show [their] age".

The latest version of ClockworkMod – 6.0.0.5 – features much faster backups, a new format for backups which make incremental backups possible by duplicating data between successive backups, fixes for restores that are above 2GB in size and some minor user interface tweaks such as a new background and an animated Android.

With regards to the future of ClockworkMod, koush states that he plans to separate the custom recovery from AOSP to focus on making a “much more polished touch UI”. This means that ClockworkMod Touch which feels like its touch input is tacked on will likely feature an all new user interface. 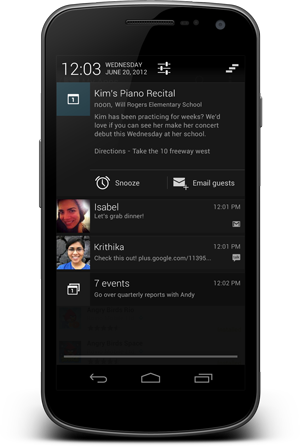 Flashing ClockworkMod 6 is a one tap job, provided you have unlocked bootloader and gained root access, already have ClockworkMod Recovery 5 flashed and ROM Manager installed on your Galaxy Nexus. All you need to do after meeting these prerequisites is launch ROM Manager and select the appropriate option from its main menu. That is all it takes.

The other, slightly more difficult method is to set up the Android SDK and flash the new recovery manually using the fastboot flash recovery <insert recovery .img filename> command.

As of typing, ClockworkMod 6 is available on all variants of the Galaxy Nexus (GSM, Verizon, Sprint). You can download the recovery image for your specific variant from the link below.