So, you’re in that all-too-familiar dilemma whereby you have a file on your computer, but you don’t have the appropriate app to watch, view, or otherwise process this mysterious bundle of digital matter. If you’re a Mac user, though, there’s quite an easy way to find the required app, and refreshingly, it does not require you to run a Google search. In a couple of clicks, your mysterious app will have found its keeper, and below, we’ll detail what is by far the quickest and easiest way to deal with app-less files on a Mac.

First things first; if you’re trying to run a file on a Mac with the extension .exe, then you’ll struggle. Exe files are made specifically for Windows, (as are a number of others, including .msi, but the .exe is by far the most common), and while there are ways to get Windows and its apps running on OS X, such processes are considerably more involved than this little tip. To most, it will probably seem as though I’m stating the obvious, but for a relatively new / inexperienced Mac user accustomed to Windows, the lack of .exe support on OS X mightn’t be so apparent. 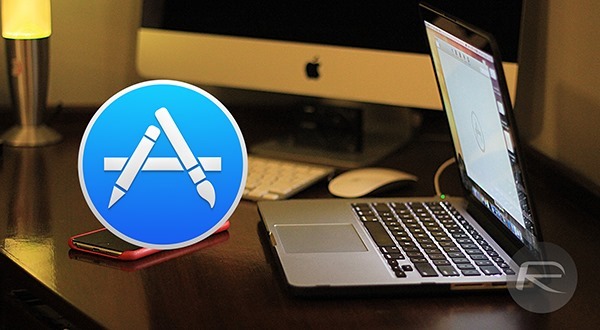 With that out of the way, the simplest way to deal with files that OS X cannot seem to identify is to right-click on them (or double-tap your trackpad with two fingers), and navigate to the ‘Open With’ feature. Presuming you don’t have any app installed that can deal with said file, scroll down to ‘App Store’, which will automatically fire up the Mac App Store app and show you a list of apps that will be able to open your file. 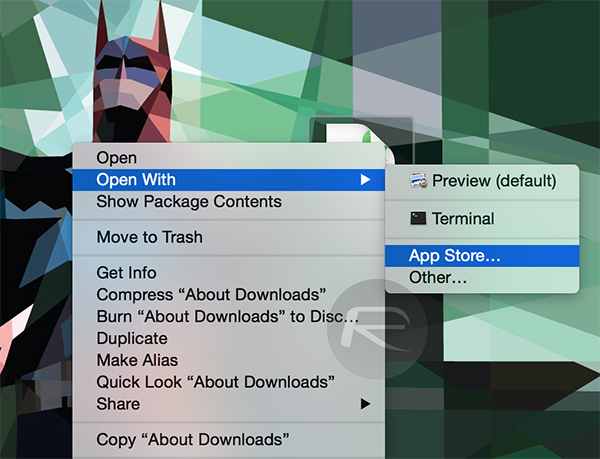 It’s not a life-changing feature, particularly since most of us don’t stumble upon new file types day-in, day-out, but next time you are faced with an extension that you’re not all that familiar with, you won’t have to go through the rigmarole of Googling it – only to be dealt some half-baked shareware that doesn’t really get the job done.

The Mac App Store, while not as popular as its iOS-ready counterpart, does have the categories, ratings and charts that make finding good, worthwhile apps particularly easy, and so next time you need an app so promptly, remember to right-click!