How To Enable Hidden iOS Debug Settings For FaceTime, iMessage And Bluetooth [No Jailbreak Required]

Smartphones that are powered by various different operating systems are fast becoming a necessity in our everyday lives. Once upon a time, when mobile telephones were first becoming accessible to the masses, they were as a big as a house brick and had functionality that was limited to making telephone calls and storing contacts. As with most things, as time progressed, so did the underlying technology of mobile devices allowing manufacturers to make them smaller, pack in more features and gradually become the mobile powerhouses that we all seem to carry around with us today.

When it comes to choosing which smartphone is best, it starts to get a little trickier due to the substantial choice available in the marketplace. A subset of users have their favorite device manufacturer or operating system producer and therefore tend to stick to those, but that doesn’t apply to those users who just want a functional and attractive looking device. But what about the power users who regularly tinker with the inner workings of the software contained on the smartphone? Most mobile operating systems have a number of options and settings which are hidden from the end users reach. This could be for a number of reasons, but is largely due to the fact that manufacturers include debugging options on the device to allow them to troubleshoot issues if the phone is sent back under warranty or the user complains there is an issue. 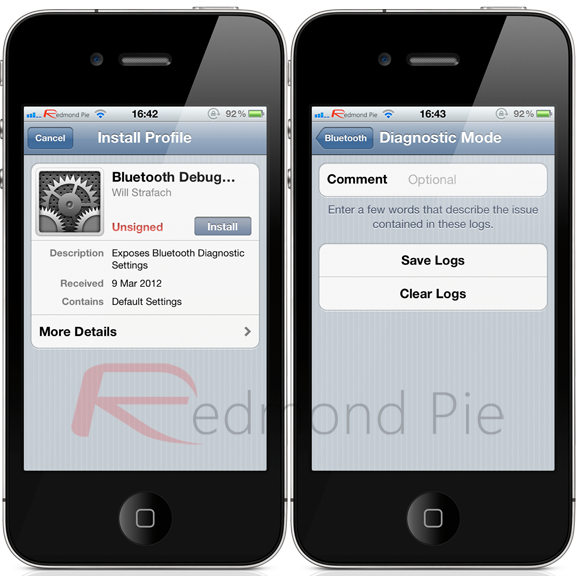 When it comes to the Apple iPhone, users who go down the route of jailbreaking their device generally have greater access to debugging options through packages found on Cydia. However, this doesn’t always need to be the case and after teasing with screenshots for a number of weeks via Twitter, developer and entrepreneur Will Strafach has released a number of .mobileconfig files via his Chronic Wire website which allows users of non-jailbroken iPhones to enable certain debugging options which have previously been unavailable.

The configuration files are available for Bluetooth, Messages and FaceTime settings and when downloaded and installed to the device allow logging sessions to be created for each function. The logs can then be dumped, cleared or saved for later use which could help in certain troubleshooting situations. 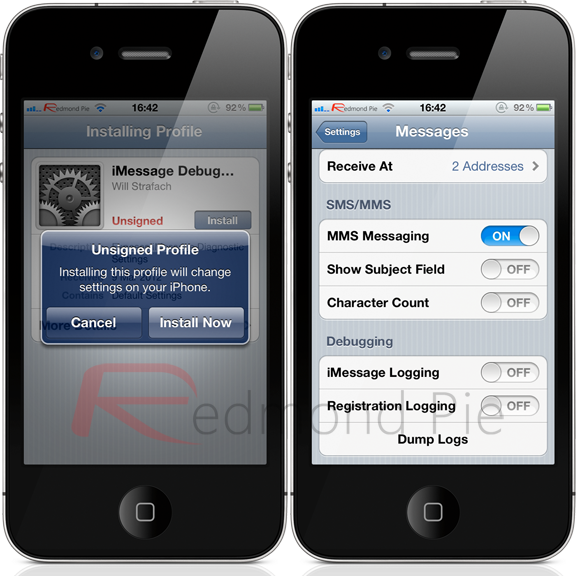 These .mobileconfig files can be installed without any issue on jailbroken and non-jailbroken devices. To install, simply tap on the download links given below when viewing this page on your iOS device and hit “Install Now” button to install them.