Earlier today, we talked about Bazaar for Windows Phone 7 – an alternative apps distribution platform that lets in apps that are rejected from the official Windows Phone Marketplace based on violation of some of the guidelines put in place by Microsoft. In this post, we’ll be guiding our readers on how to install Bazaar on their Windows Phone 7 device. Check it out after the jump! 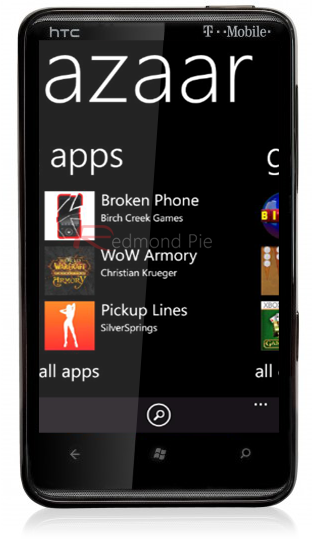 With that little formality out of the way, let’s get Bazaar working on your developer-unlocked, custom ROM-based Windows Phone 7 device! But, yes, before we get down to the relatively simple steps to installing Bazaar’s XAP file, you will need to meet a few somewhat unpleasant pre-requisites:

Firstly, you must have a developer-unlocked Windows Phone 7 device because Bazaar, at the moment, does not work with ChevronWP7-unlocked devices. 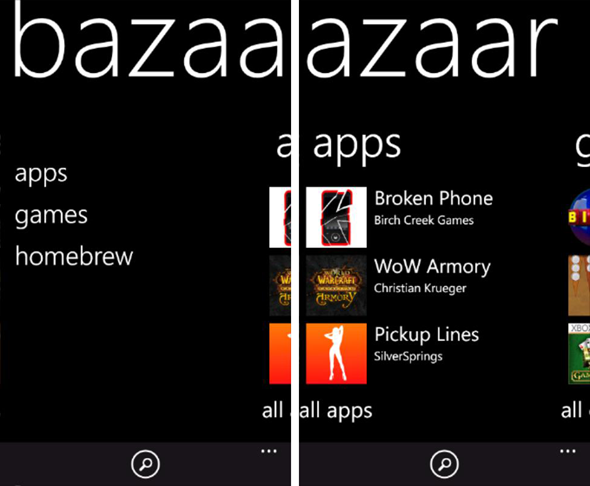 Secondly, you must flash a custom ROM which supports XAP-installation with Internet Explorer 9 before attempting to install Bazaar. Besides others, ROMs like DFT, NextGen or Deepshining do support this feature, so you must flash one of them first.

Thirdly, you must have Windows Phone Developer Tools and Zune installed on your Windows-based PC.

And lastly, your device mustn’t be plugged in to your PC until Step 5.

Step 1: Download the latest version of Bazaar to your Windows-powered PC from this link.

Step 2: Launch Windows Phone Developer Tools on your PC and then you’re going to click on Application Deployment and set your supported Windows Phone 7 Device as the Target.

Step 3: Select the Bazaar .xap file you downloaded in Step 1 and connect your Windows Phone 7 handset to your PC with a USB cable.

If you followed the steps correctly after ensuring that you and your phone met the pre-requisites, Bazaar will be installed on your Windows Phone 7 device.

Please note that Bazaar is currently in beta stage of development. As of writing, only official free Marketplace apps are included in Bazaar and they can’t even be installed; this is because the developers are currently testing how the application distribution will work and if their servers can handle the load.

For further queries, check out the official thread over on XDA.

We’ll let you know as soon as Bazaar starts releasing actual apps that aren’t allowed in Marketplace (to become the Cydia of WP7). Until then, stay tuned to Redmond Pie!